Qualcomm launches patent challenge to Apple ahead of antitrust case

Qualcomm alleges that Apple violated three of its patents 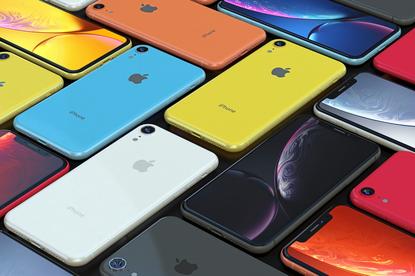 Qualcomm has kicked off a patent challenge to Apple, capping off a two-year legal strategy to put pressure on the iPhone maker before a major antitrust lawsuit between the two goes to trial in April.

Qualcomm, the world's biggest maker of mobile chips, alleges in federal court in San Diego that Apple violated three of its patents, and is asking for tens of millions of dollars or more in damages.

The patent case is part of a two-year series of lawsuits around the world between the companies.

Apple has alleged that Qualcomm engaged in illegal patent practices to protect a dominant position in the chip market, and Qualcomm has accused Apple of using its technology without compensation.

The legal saga will reach a crescendo in April, when an antitrust case filed by Apple in early 2017 heads to trial and challenges the foundation of Qualcomm's business model.

Since then, Qualcomm has filed a series of patent actions timed to conclude before the antitrust trial and rack up smaller victories against Apple.

So far, Qualcomm has won a preliminary finding of infringement by U.S. trade regulators and partial iPhone sales bans in China and Germany, although the Chinese ban has not yet been enforced and Apple has resumed shipping phones in Germany after making changes.

U.S. District Judge Dana Sabraw has now opened an eight-day trial to determine whether Apple violated Qualcomm patents around helping phones turn on more quickly and save battery life during tasks such as playing video games.

Apple has been found to infringe one of the patents in the suit during an unrelated case before the U.S. International Trade Commission, but that decision is not final and does not bind the court in San Diego.

Apple also told trade regulators it believed it had a software solution to avoid the patent.

Qualcomm is asking for up to US$1.41 in damages per infringing iPhone sold between mid-2017 and the autumn of 2018.

The exact number of iPhones at stake has not been disclosed because Apple has never said how many of its phones contain Intel chips. Analysts believe that half of iPhones during that period contained Intel chips.