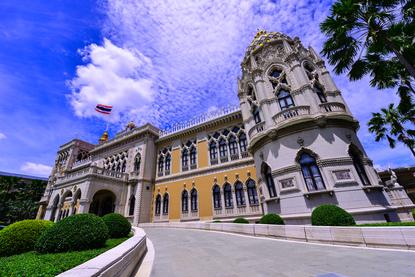 Thailand's rubber-stamp parliament approved the Cybersecurity Act unanimously last Thursday, the latest in a wave of new laws in Asia that assert government control over the internet.

Activists have called the legislation "cyber martial law", saying it would sacrifice privacy and the rule of law, and warning compliance burdens could drive foreign businesses out of Thailand.

The government said the law was intended to protect networks from cyber attacks and would not enable state surveillance or violate rights.

"We have made sure that it would not allow for violation of individuals' rights and arbitrary use of power," Ajarin Pattanapanchai, permanent-secretary of the Ministry of Digital Economy and Society, told reporters.

"The law will not be used to regulate social media, or computers or devices belonging to the people."

But experts argued the vague language of the laws would still allow for broad interpretations of actions authorities could perform, which may end up infringing on rights.

"The scope of the law is so broad, it's like Big Brother," Kanathip Thongraweewong, Director of Digital Media Law Institute at Kasembandit University, told Reuters.

Thailand's military government has pushed for several laws it said would support the digital economy, including an amendment to the Computer Crime Act in 2017, which was intended to prosecute cyber crimes like phishing but has been used to crack down on dissent.