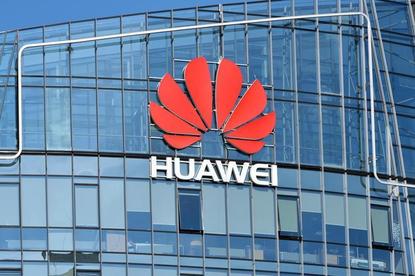 The cloud-computing arm of Huawei, Huawei Cloud, has unveiled a new Singapore region, planned to be one of the largest outside of its home turf, China.

In particular, its AI capabilities are scheduled to be built in the Singapore region, in a boost to the city-state’s reputation as a global technology hub.

Huawei will also provide 24/7 technical support and service assurance to its cloud customers in the government, the Internet, and the financial industry, as well as large local enterprises.

“We look forward to providing stable, secure, and scalable cloud platform for both local as well as Chinese-funded enterprises with overseas expansion plans.

“These cloud services, which offer low latency and high cost-efficiency, will leverage the high-performance chips, servers, storage and network equipment that Huawei has developed, as well as the high-speed networks we have constructed with carriers in Asia Pacific."

In its role as a leading international financial hub, Singapore is a key services and shipping centre in Asia, and an important member of both the Association of Southeast Asian Nations (ASEAN) and Asia-Pacific Economic Cooperation (APEC).

It is also a strategic hub for Chinese-funded enterprises expanding overseas and for overseas enterprises entering the Asia Pacific.

Singapore has invested heavily in its infrastructure, attracting providers such as Google, Amazon Web Services (AWS) and Facebook to invest significant capital into building out their data centre operations in the country.

Furthermore, the government envisions Singapore as a leading globally player in AI research and development, investing significantly in the field.

In 2018, Singapore-based Marvelstone Group launched what it describes as the world’s largest AI hub in Singapore’s central business district, positioning Singapore as a global leader in AI, which aims to incubate 100 start-ups every year.

Alibaba too, launched one of its global AI research facilities in Singapore in 2018, in partnership with Nanyang Technological University (NTU), involving 50 researcher from both organisations, as part of a five-year partnership.

Not to be out done, the Singapore government pledged $150 million to industry research as part of a new dedicated data science consortium.

In light of this, Huawei too, with the launch of their cloud business in Singapore, will leverage Singapore’s AI-hub status to its advantage, building out the firm’s AI capabilities.

Furthermore, these AI capabilities will implement Huawei Cloud's technical solutions and innovations, serving start-ups and major industries in the APAC, and promoting the development of an affordable, effective, reliable, and inclusive AI, the firm has stated.

"We are ready to help local governments and enterprises implement their digital transformation strategies through exciting new technologies such as cloud computing and AI.

Alongside the Chinese mainland, Europe, and Latin America regions, Huawei Cloud had unveiled regions in Hong Kong, Russia, Thailand, and South Africa in 2018.

By the end of 2018, 40 availability zones had been opened in 23 geographic regions, providing the firm’s cloud services to users.

Huawei is currently involved in political wranglings between the US and China, with the former accusing the firm of aiding China’s spy efforts, so far without evidence backing up such claims.