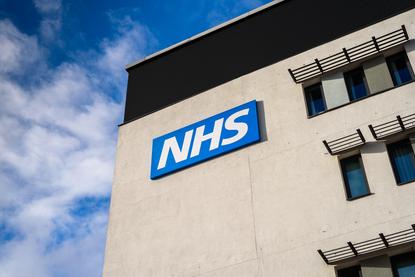 NHS Scotland is bringing together more than 100 different computer systems and 161,000 employees onto Microsoft's Office 365 and Windows 10, giving doctors, nurses, and support workers a single digital platform on which they can communicate and share patient information.

The deal with Microsoft is a central building block in the National Digital Platform that NHS Scotland is assembling to support interoperable systems and smooth data sharing across the health service.

It aims to cultivate a more coordinated health service and give staff more time to focus on patient care, as Geoff Huggins, director of the NHS Education for Scotland Digital Service, explains to Computerworld UK.

"We'd like clinicians to be able to collaborate with colleagues elsewhere to easily share and record information and to be able to have better coordination, of diaries and meetings so that less time is spent in the administration and more time is spent on direct clinical care," says Huggins.

"That's very much one of the objectives that the cabinet secretary for health and sport has, that this has to release productive time to enable people to do more of the things that will bring value for patients and citizens."

It will also support an integrated approach to user authorisation, with a goal of single sign-on in mind, through Office 365's use of the cloud-based authentication service Azure Active Directory (Azure AD).

"We'd like to be able to move towards clinicians being able to sign on and be anywhere on our system using the same identity without having to sign on with different logins to different systems," adds Huggins.

In April 2018, NHS Scotland announced that it will develop a National Digital Platform that will integrate systems along a common set of standards and securely share real-time data from health and care records, tools and services.

The objective is to create a properly joined-up health and social care service that gets all staff and citizens the information and technology they need.

A key aim of the platform is to facilitate the interoperability of existing and new health and care technologies, which uniting staff and systems onto Office 365 will help to achieve.

NHS Scotland currently operates 14 territorial NHS boards, all of which run on different IT systems. This can severely hinder healthcare services as the treatment and information of patients regularly flow across the different territories.

“The objective is to move to a situation where you're doing each of those things once within Scotland, which enables you then to build products that support clinical workflows and better outcomes from those products by simply being able to work on top of the system and not having to be integrated and rebuilt for different bits of it," says Huggins.

He envisions GPs using tools such as Microsoft Teams and Skype for Business to discuss referrals to outpatient clinics with secondary care clinicians.

“Their view is that they would probably refer fewer people into secondary care if they were to have that sort of conversation," he says.

"That's also good for patients because if you're somebody who's been sent into secondary care for a referral just in case, when that could have been addressed just through a conversation, the fact that you must then wait for that appointment and become concerned and anxious about your health isn't good for people. That sort of collaboration is an issue that gets raised with us," Huggins said.

Another initial priority is to ease the locating of outside data, such as that involved in anticipatory care plans.

"Those contain data about how you might want to be treated if you're in a crisis or unconscious or in that sort of space, and the challenge around that is often those are needed at a point where a clinician is seeing somebody they've never seen before, or in a location which might have quite a different health board," he explained.

“The ability to access that single record of views around things like resuscitation or who needs to be contacted becomes very valuable."

Although Microsoft provides NHS Scotland with a wide range of services, Huggins is keen to emphasise that every contract is the result of a competitive bidding process.

He became involved in the project after Microsoft was selected, following a review of the competition supported by evaluation by external consultants.

They determined the best option was the vendor which was already used widely across NHS Scotland and familiar to staff.

"A key business objective for the NHS in Scotland more generally was to address some of the issues around maintaining software in up-to-date versions and having similar or the same versions of the software in place across all of the staff groups, but also increasingly using the Azure Active Directory to effectively allow authentication beyond the Microsoft products," says Huggins.

NHS Scotland is currently assessing how to ensure that the move to Office 365 from the current mix of different Windows versions, Office apps and IT policies will end in a secure and effective system.

The transition to Office 365 and Windows 10 will begin later this year and help provide the foundations for more exploratory IT.

"At the moment we have people talking about AI and machine learning and things like that, but the quality of the data that's being recorded and the way in which it's recorded doesn't enable you to do those things in a sensible way," Huggins admits.

"You need to be able to the really dull, basic stuff in an effective way to be able to support the creation of the exciting, fancy stuff. I think the game changer is getting the system into a predictable platform where it gets easier to adopt each new product."