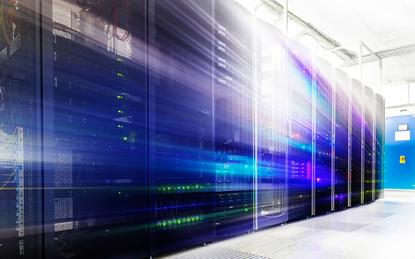 Singapore enterprises are set for a dramatic shift away from traditional data centre infrastructure in favour of hybrid cloud over the coming 24 months, according to new findings from Nutanix.

“What we are seeing in this report is a realisation among enterprises that joining the data dots via a hybrid cloud infrastructure will become critical if we are to maintain and maximise our strategic advantage."

The inaugural Nutanix Enterprise Cloud Index surveyed 2,300 senior IT decision makers in medium-to-large enterprises around the world about their views on the cloud and IT priorities, including 700 respondents from the Asia-Pacific and Japan (APJ) region.

Singapore respondents to the survey reported that they intend to reduce traditional infrastructure adoption by around 60 per cent, from 42 per cent to 17 per cent, over the next 12-24 months, while increasing hybrid cloud adoption from 18 per cent to 46 per cent - a 150 per cent increase, over the same period.

To put this in context, if the indicated plans materialise, Singapore’s enterprises will be outpacing their global and regional peers in hybrid cloud use by five per cent and seven per cent respectively.

The findings come as Singapore consolidates its position as the region’s leading data hub and international companies queue up to establish state-of-the-art data centres and capitalise on the nation’s superior connectivity.

“Transparency and governance is going to be key in our data evolution,” said Lim. “As regulatory oversight at national and international levels rise – and data sovereignty and privacy challenges become more prevalent – enterprises will be required to have better visibility and understanding of where their data is, what it is doing, and what they are sharing.

"To do that, they will need insight into every aspect of their connectivity and data."

Lim’s view was reflected in the survey’s rankings for the top IT trends currently impacting the nation.

Beyond hybrid cloud (94 per cent), respondents also identified IoT (87 per cent) and AI and machine learning (82 per cent) as having the most positive influences on business today – technologies that generate significant amounts of data and require immediate and local processing of the data.

Furthermore, Singapore respondents saw data security and compliance (35 per cent) as the number one benefit of public cloud, a sign of the importance the country’s businesses place on maintaining their own and the country’s standing and integrity.

Singapore respondents also spend more than a quarter (27 per cent) of their IT budgets on public cloud services a year, which is expected to jump to a third (36 per cent) by 2020, putting the nation second only to India in the region.

Overspending is also a big concern with 46 per cent of respondents in Singapore going over budget on their public cloud spending, second globally only to South Korea with 49 per cent.

This perhaps explains why lowering overall costs comes top of the priority list for cloud decisions (64 per cent). Other concerns included security and compliance (61 per cent), and IT skill sets (52 per cent).

Furthermore, as hybrid adoption gathers pace, Singapore respondents expect to halve their private cloud adoption over the next one to two years, according to the survey.

However, despite Singapore’s excellence in connectivity, respondents cited end-user experience (34 per cent) and disruptions when updating (32 per cent) as key challenges for the public cloud.

These results were significantly more pronounced in Singapore compared to the global and APJ averages.