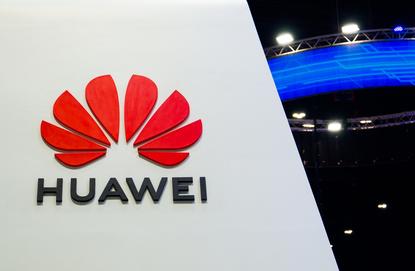 The Czech cyber watchdog has warned network operators against using software or hardware made by Chinese telecom equipment suppliers Huawei and ZTE, saying they posed a security threat.

Huawei, the world's biggest producer of telecoms equipment, faces intense scrutiny in the West over its ties to the Chinese government and concerns its equipment could be used by Beijing for spying.

The company has repeatedly denied the allegations.

"China's laws ... require private companies residing in China to cooperate with intelligence services, therefore introducing them into the key state systems might present a threat," Dusan Navratil, director of the Czech National Cyber and Information Security Agency (NCISA), said in a statement.

System administrators in critical information infrastructure, whether in the state or private sector, should take "adequate measures" against the threat, Navratil said.

The Czech government agency added that its warning notice was based on its findings and on those of allies.

In response, a Huawei spokesman said: "We categorically deny any suggestion that we pose a threat to national security. We call for NCISA to provide evidence instead of tarnishing Huawei’s reputation without any proof."

Cyber security had always been Huawei's top priority and Huawei was a trusted partner for all the main telecom carriers in Czech Republic, he said.

"There are no laws or regulations in China to compel Huawei, or any other company, to install 'mandatory back doors'," he said, a reference to U.S. warnings that Huawei's network gear could contain 'back doors' that would allow Chinese spies to hack into critical network infrastructure.

"Huawei has never received any such request from any government and we would never agree to it," the spokesman said.

A call to ZTE's office in London was not answered.

Some operators have tested 5G in some locations in the Czech Republic, while the investment group PPF, which owns the leading infrastructure provider, CETIN, has signed a memorandum of understanding with Huawei to cooperate on 5G.

An auction of frequencies for the 5G transmission is planned for 2019.

Japan plans to ban government purchases of equipment from Huawei and ZTE to beef up its defences against intelligence leaks and cyber attacks, sources told Reuters this month.

The arrest of a top Huawei executive in Vancouver at the request of U.S. authorities on 1 December has sparked a diplomatic dispute.

Meng Wanzhou, Huawei's chief financial officer and the daughter of its founder, faces U.S. allegations that she misled multinational banks about Iran-linked transactions, putting the banks at risk of violating U.S. sanctions.