Why CIOs are moving to voice-first strategies

Voice data is regarded as a valuable asset to businesses 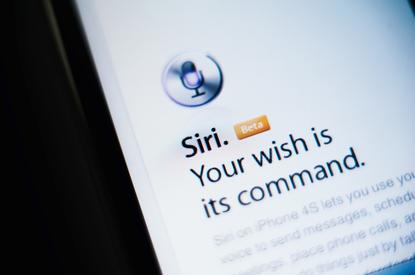 A recent survey conducted by Sapio Research for voice specialist company Red Box shows that a majority of CIOs and IT directors believe that a ‘Voice First’ strategy will be in place within less than five years.

The results mirror the views of 588 CIOs and C-level executives responsible for IT across Singapore, the UK and the US.

In addition to the 76 per cent of those surveyed who think that a ‘Voice First’ strategy implementation is a matter of just a few years, 95 per cent of them regard voice data as “valuable” or “very valuable” to their businesses.

“Today, voice is a critical data set for the digital transformation of the enterprise,” explains Richard Stevenson, CEO of Red Box.

“It holds much more value than any other means of communication because it conveys context, sentiment, intent, emotion and actions, providing real intelligence and driving valuable business outcomes.”

Personal assistants on the rise

By now we are all well acquainted with Siri, Alexa or Cortana, those virtual assistants who despite reinforcing gender stereotypes and expectations, they make our life and daily admin much easier.

According to The Workplace of the Future, a research study co-authored by Computerworld UK and CIO UK, 64 per cent of the IT leaders interviewed said that voice assistants will have either a pivotal or some role to play in workplace communication and collaboration.

With corporate giants like Google or Amazon taking voice technology to the mainstream, it’s not surprising to see that more than three quarters of those CIOs surveyed by Sapio Research see voice first playing an essential role in their digital strategies.

Voice data not living to its full potential

And despite that high level of receptiveness towards voice data among CIOs and their colleagues, only 49 per cent of organisation-wide conversations are being captured, something that according Red Box suggests limitations with current call recording solutions and set up.

If this figure wasn’t disheartening enough, 51 per cent of the data being captured is locked away and therefore inaccessible for artificial intelligence (AI) and analytics.

Recent advances in transcription, AI and machine learning (ML) make the value of voice data sets realisable (previously only accessible by listening), providing organisations with significant business opportunities, however only eight per cent of those surveyed in the Red Box study claim their voice data is easily accessible for fuelling AI engines and analytics.

Whilst businesses recognise the value of transcription in creating structured voice data sets to fuel AI engines, only 52 per cent were benefiting from an automated transcription service, which is compounded by the fact that they are capturing fewer than half of the conversations taking place across the organisation in the first place.

The most common use cases for transcribing calls or wanting to accurately transcribe calls are for staff training improvements, customer service improvements and compliance, and the top three AI use cases seen to be enhanced by voice data are cited as customer experience such as sentiment analysis, security and fraud protection, and predictive analytics to influence strategy, reduce operating expenses and increase efficiency.

“The idea of a ‘Voice First’ enterprise is clearly in the line of sight of the majority of CIOs in the near future, yet few of those that already capture voice data are exploiting its full potential," said Stevenson.

"There is an opportunity to derive real competitive advantage by turning voice data into knowledge to serve customers in the most personalised way and empower augmented employees."

What’s next for CIOs?

Deepak Seth, Strategy & Business Transformation Program Leader, IT Solution Acceleration and Delivery at Xerox wrote in sister title CIO.com that CIOs should be prepared to see voice/speech recognition as part of the office and computational landscape as users increasingly interact with their devices via voice commands.

Not only that, CIOs may be increasingly called upon to help other C-suite executives understand the ramifications of proliferation of this technology.

He also warned about the privacy and security implications that voice data implies. With GDPR and other privacy laws being developed around the world, compliance and regulations should be high in any CIO agenda.