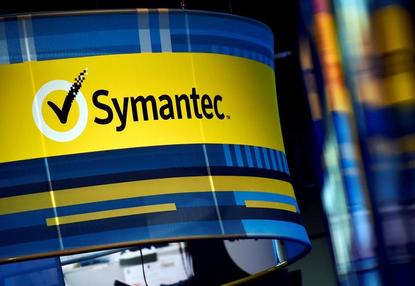 As a result of the acquisition of Appthority, Symantec customers will be able to analyse mobile apps for malicious capabilities and unsafe or unwanted behaviour including things like vulnerabilities, risk of sensitive data loss and privacy-invasive actions.

Appthority's acquisition complements the acquisition of Skycure in July 2017. The mobile threat defence provider enabled the release of Symantec endpoint protection mobile (SEP Mobile) which will now have Appthority's technology built in.

With that, Symantec expects to protect the "broadest spectrum of modern endpoints and operating systems".

"This acquisition unites Appthority with Symantec’s comprehensive endpoint security portfolio, which is the first solution on the market that can protect all traditional and modern endpoints and now apps."

Symantec said its integrated cyber defence platform allows the vendor to offer solutions that can protect modern and traditional endpoints for Windows, MacOS, Linux, iOS and Android at the device, as well as application, network, identity and cloud layers.

Both the Appthority and Javelin Networks teams and technology will become part of Symantec's endpoint security business.

Meanwhile, through the acquisition of Javelin Networks, Symantec will have access to the advanced technology that can detect Active Directory (AD) misconfigurations and backdoors and help prevent AD reconnaissance and credentials misuse by authorised devices and applications.

“In the cloud generation, identity management services, such as Active Directory, are a critical part of a user’s interaction with their organisation’s applications and services," said Javed Hasan, senior vice president of endpoint and data centre products at Symantec. "They are also a critical information repository that attackers regularly exploit.

“The addition of Javelin Networks technology to our industry-leading endpoint security portfolio gives Symantec customers a unique advantage in one of the most vulnerable and critical areas of IT infrastructure.

"Most importantly, it can help expose exploitable backdoors in AD and stop attacks at the point of breach while preventing lateral movement.”

Javelin Networks was established in 2014 as a response to growing attacks on Microsoft AD services. The company developed software to protect AD and commonly-used domain resources, including domain controllers, domain identities and domain credentials.

Javelin's technology strengthens Symantec’s endpoint controls offering, further enhancing the company’s ability to protect modern and traditional endpoints from a single vendor, according to the vendor.