Majority of channel partners are still only selling single services 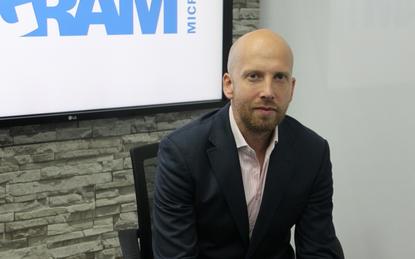 Speaking at the distributor’s annual Cloud Summit in Sydney, Lincoln Lincoln claimed that only 10 per cent of end-users were buying more than one application from the channel, leading to a high rate of ‘churn’.

Meanwhile, only a handful have shifted focus towards large-scale projects, deploying infrastructure-as-a-service (IaaS), something he called the “largest untapped opportunity” for the channel.

His comments came as the result of a global survey of 45,000 Ingram Micro resellers, which showed the majority - or 60 per cent - still were focused in the “opportunistic phase” of selling services.

“Cloud isn’t at the core [of these resellers],” he said. “They supply it manually and bill it manually when the customer asks for it. That doesn’t lead to a great experience for either party: it leads to revenue leakage, as it’s complex trying to build a cloud service.

“For the end-user, experiencing the provisioning sometimes takes 30 days. We don't expect that when we order Netflix, it should arrive 30 days late; we expect instant access.

“There’s a big growth and shift to breadth partners, who are using Ingram Micro cloud marketplace for automated provisioning or their own cloud platform - like a CloudBlue to offer that.

“They’re also cross-selling from more than one application - they’re taking advantage of what the 90 per cent I mentioned are not doing. They are beginning to sell complete solutions and are beginning to enter digital marketing."

According to Lincoln, only nine per cent of partners are going into customer's data centres and IaaS deals - both on and off premises.

“This is one of the largest untapped opportunities,” he added. “We found when channel partners were selling just one solution to customers, they were experiencing a 10 to 15 per cent churn. When they sell three or more applications, it drops down to three per cent.”

His comments follow the revamp of Ingram Micro’s latest cloud marketplace, which is intended to improve the speed and efficiency of deploying and managing cloud transactions between partners and customers.

The refreshed marketplace unified what previously counted on three control panels – transaction, administration and management – into one.

The upgrade will help partners address the issue of bundling together the costs of more than one service in instances when a customer cancels one application after deployment.

“The bundling opportunity isn’t as easy as it looks though,” Lincoln said. “What happens in three months time when the user cancels one of their subscriptions? It makes it tough.

“The bundled price you gave in the beginning is not so relevant when you have something cancelled six months later. Having a platform that allows you to have that dynamic metering and pricing is crucial to the execution.”