CrowdStrike targets IPO with $3B valuation 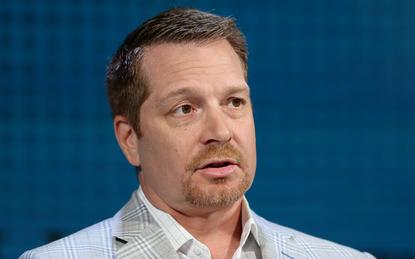 Cyber security software maker CrowdStrike has hired investment bank Goldman Sachs to prepare for an initial public offering that could come in the first half of next year, according to people familiar with the matter.

CrowdStrike is the latest in a wave of Silicon Valley start-ups, including ride hailing firms Uber Technologies and Lyft, that are eyeing a 2019 stock market listing after repeatedly turning to private investors for funding.

CrowdStrike is aiming to be valued more than the US$3 billion funding round assigned to it earlier this year, the sources added.

But the vendor’s IPO plans could still change, the sources cautioned, asking not to be identified because the matter is confidential. CrowdStrike and Goldman Sachs declined to comment.

Sunnyvale, California-based CrowdStrike raised US$200 million in June led by investors General Atlantic, Accel and IVP, with other major backers including CapitalG, an investment arm of Google's parent company Alphabet and Warburg Pincus.

CrowdStrike uses artificial intelligence for its Falcon platform to prevent attacks on computers on or off the network.

The vendor is trying to stand out from the hundreds of security start-ups that have sprouted in recent years, promising next-generation technologies to fight cyber criminals, government spies and hacker activists, who have plagued some of the world's biggest corporations.

The recent crop of publicly listed cyber security companies have had a mixed stock performance. Zscaler went public in the spring and is trading 125 per cent above its IPO price.

Tenable is worth about 25 per cent more than its IPO price, while Carbon Black shares have been trading below their IPO price.

CrowdStrike was founded in 2012 by two executives who left security software maker McAfee, including George Kurtz, the start-up's chief executive.

The IPO exploration comes two months after CrowdStrike unveiled strong growth of its channel operations and partner ecosystem across Asia Pacific, driven by record partner momentum and sales acceleration through the first half of 2018.

Currently, the vendor has over 50 integrations with strategic technology alliances, alongside heavily investing in regions such as the UK, Germany, Benelux, India, Singapore and Japan.

“At CrowdStrike, we are committed to the growth of our strategic partner ecosystem through our industry-leading cloud-native technology and robust network of channel, managed services, technology partners, and integrators,” added Matthew Polly, vice president of worldwide channels at CrowdStrike.