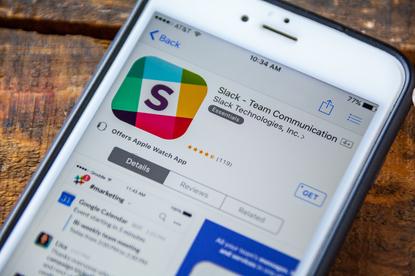 The company has made a concerted effort to court large businesses since the launch of its Enterprise Grid product last year.

And during its second annual Frontiers event in San Francisco last week, Slack - which recently raised US$427 million in new funding - highlighted several enterprise-focused announcements, including the acquisition of Missions.ai, its new partnership with Atlassian, and a glimpse of its feature roadmap.

Among the features set to arrive is enterprise key management (EKM). This hands Enterprise Grid customers ownership of keys used to encrypt and decrypt sensitive data stored in Slack, “including messages, files and comments,” Ilan Frank, head of enterprise product at Slack, said in a phone interview with Computerworld.

In essence, EKM provides the security of an on-premise solution with the benefits of a cloud tool, the company said.

Slack has yet to confirm a launch date, but Enterprise Grid customers should expect to access the EKM feature later this year.

“EKM should appeal to a good number of organisations that have not yet embraced cloud collaboration due to security and privacy constraints,” said Raul Castanon-Martinez, a senior analyst at 451 Research.

The feature should help expand Slack’s appeal in regulated vertical markets and regions, he added – areas the company has not typically had a strong presence in. It could also attract firms that have been wary about adopting cloud chat tools.

“This should appeal to prospects that may have in the past hesitated to adopt cloud-based collaboration tools, including, for example, some of the Hipchat Data Centre and Hipchat Server customers that will be looking for an alternative solution,” said Castanon-Martinez.

“As Slack continues to battle against Microsoft, Google and Cisco, they will need to remain vigilant in adding Enterprise features around security, scalability, data retention, governance and compliance…,” he said. “Slack is very well aware of this, and their roadmap includes many of these features.”

Enterprise Grid offers centralised management of the team chat application on a company-wide basis and supports up to 500,000 users.

More than a year after its launch, Enterprise Grid had been deployed by 150 businesses worldwide. The largest deployment is IBM, which has more than 110,000 daily active users, though several other Enterprise Grid customers have between 50,000 and 100,000 daily users. Slack counts Capital One, Target and Conde Nast among its biggest clients.

As of May, Slack had eight million daily active users.

Slack will see its user numbers continue to grow as customers of Atlassian’s HipChat and Stride team collaboration tools begin to migrate.

That follows a strategic partnership between the two companies that has resulted in the two Atlassian products being discontinued, with migration to Slack encouraged by the Australian software vendor.

As part of the partnership, announced in late July, there will be greater integration between the two firms’ products; Atlassian unveiled a new Confluence Cloud app for Slack earlier this week.

“This is something that is very exciting to us, our new partnership with Atlassian,” said Frank. “What is going to continue to happen beyond that migration is that now both companies are free to really invest in their area of focus and also to invest in much deeper integrations together.

“So Atlassian just announced Confluence integration into Slack and there is going to be more of those coming – not only new integrations but also deeper and richer integrations with existing tools like Jira Cloud and Jira on-premise."