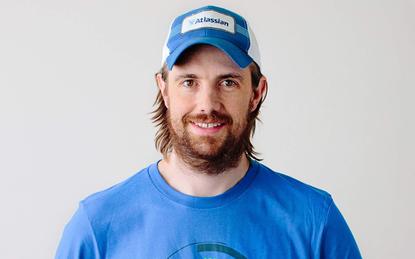 Atlassian’s co-CEO this week apologised to HipChat and Stride users facing disruption as a result of a decision to discontinue the team chat apps.

The Australian software vendor sold the intellectual property for the chat assets to Slack in late July for an undisclosed fee; in return, Atlassian – which also owns a range of business collaboration tools including Jira, Confluence and Trello – will make a small equity investment in Slack.

The announcement came less than a year after the launch of Stride, which had been well-received but struggled to gain significant traction amid strong competition from Slack, Microsoft, Facebook and others.

"This was a significant decision for all of us and I can tell you it was not one we took lightly,” Atlassian co-CEO Mike Cannon-Brookes said at the company’s user conference here.

“Instead of continuing to invest in those products, we‘ve decided to form an exciting partnership with Slack, a company whose products stood above the rest when it came to messaging and communication.

“In the long term, I’m sure this is the right choice for all of our customers. But in the short term, I’m not going to sugar-coat it, it’s bad news for some of you.

"If you’re using HipChat or Stride, I acknowledge it’s very disruptive and I apologise for that. It means your teams will need to migrate your data.”

While the decision to discontinue the products was well-received by investors, it also resulted in users taking to Atlassian’s community forum to publicly vent their frustration.

One Atlassian community member said at the time: “This is pretty stupid. Why kill off products that many companies still use? There are some who don't want, or can't use, Slack.”

“This has serious real world implications for many Atlassian customers, particularly for those using HipChat on-prem[ises],” said Larry Cannell, a research director at Gartner.

Co-founder Scott Farquhar said that the choice to discontinue the products was necessary to focus on other areas of growth for the business.

“The decision to ‘end-of-life’ a product is never an easy one, especially when we have spent hundreds of man-years building it, and I would consider – when you put the two products side by side next to each other – Stride to be a better product than Slack,” Farquhar told Computerworld at Atlassian Summit.

“I want to look at my staff in the eye and say you are working on stuff that has a meaningful impact in the world and – given the relative market positions of the products – even if we had the better product, we know that best product [doesn’t always win].”

He said there’s been a “mixed response” from Stride and HipChat customers regarding the decision, with those already using Slack being more upbeat.

Farquhar added that customers have time to plan migrations and decide on which platform to use instead.

“We have got a two-year policy of maintenance after we end-of-life anything. So customers have two years to use [Stride or HipChat] and work out what their plan is beyond that.”

Stride and Hipchat Cloud products will reach end of life on 15 February 2019. Hipchat Data Centre and Hipchat Server customers will receive support until the end of their license period.

Migrations have already begun, said Farquhar, though he was unable to provide details on the number of customers that have begun that process. He said that there’s been no demand for customers to move to a platform other than Slack, at least so far.

As part of the sale of its team chat tools, Atlassian struck a “strategic partnership” with Slack that will lead to more integrations between its apps. Atlassian’s tools integrate with a range of team chat apps already, including Microsoft’s Slack-rival, Teams.

“We have integrations with Slack and Microsoft Teams – we will continue building integrations with all of those products. But if customers say, ‘Stride is finishing, what should we move to,’ we will say: ‘Hey, we think Slack is the obvious choice.’”

With the decision to exit the team chat market, Atlassian – which grew to prominence with Jira, a project management tool aimed at developers – indicated that it would bolster its focus on serving IT and technical teams.

“Jira Ops is the one place you go to respond, resolve and learn from an incident,” he said.

“We have historically focused on software development teams,” said Farquhar, noting that the company has since seen its tools adapted by a variety of enterprise users. “IT is one of those critical teams and it also is an area that we have been really pulled into by our customers.”

According to Gartner, the IT ops software market will be worth $38 billion by 2022. Atlassian this week also announced its intention to acquire incident management firm OpsGenie for $295 million.