Only eight per cent of APJ organisations have transformed 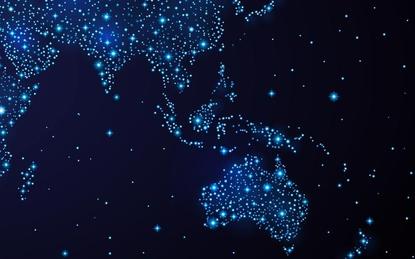 Only eight per cent of organisations across Asia Pacific and Japan have achieved the "transformed" status according to a recent research conducted by Enterprise Strategy Group (ESG).

The research, which was commissioned by Dell EMC and Intel, places businesses into four categories being legacy, emerging, evolving and transformed.

A total 75 per cent of transformed companies consider being usually significantly ahead of their competition on time to market.

“We see a strong focus on agility, speed of business and innovation in organisations in APJ,” said Amit Midha, president of APJ commercial at Dell EMC.

“While the majority is still in the ‘emerging’ and ‘evolving’ stages in terms of IT maturity, there are promising beginnings and we see the region’s commitment to reaping the benefits of this transformation, including capturing market share and securing future growth."

Out of the 1,374 respondents surveyed from Australia, New Zealand, China, Japan, India, and Hong Kong, 94 per cent said they have digital transformation initiatives underway – either at the beginning of implementation, in process, or mature.

“The importance of digital and IT transformation has made technology a boardroom-level priority," added David Webster, president of APJ enterprise business at Dell EMC.

"While IT departments in APJ still have progress to make in establishing their role in driving business strategy compared to their global counterparts, the region is making significant strides forward.

"Investment in key technologies is higher here than anywhere else globally, which is creating great transformational potential, and successfully positioning technology as a driving force behind business success."

The study found that organisations that have transformed their business from an IT or digital perspective are 13 times more likely to complete most applications deployments ahead of schedule.

Almost 80 per cent of respondents understand that if the organisation does not embrace IT transformation, the business will not remain competitive.

However, the likelihood of IT leaders to be involved in business strategy development at APJ-based transformed companies is 50 per cent, compared to 67 per cent in the rest of the world.