Ethics council was one of three initiatives unveiled 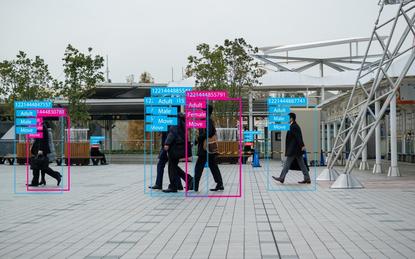 Minister for communication and information S Iswaran has disclosed the full composition of Singapore’s advisory council on the ethical use of artificial intelligence (AI) and data, which was previously announced in June.

Specifically, the advisory council will include 11 members, including Google, Alibaba, and Microsoft, together with leaders from local companies as well as advocates of social and consumer interest, and will be chaired by former Attorney-General V.K. Rajah SC.

The ethics council was one of three initiatives announced in June to help promote a vibrant and trusted AI ecosystem in Singapore.

Meanwhile, the other two included the launch of a discussion paper on the responsible development and adoption of AI and the launch of a new research programme on governance of AI and data use and will be run by Singapore Management University (SMU).

The discussion paper will be used by the advisory council to frame deliberations while the SMU research programme will help advance and inform scholarly research on AI governance issues.

Furthermore, the advisory council will work to advise government agencies such as IMDA on the responsible development and deployment of AI.

The council will also work with IMDA in engaging stakeholders on issues that support the development of AI governance capabilities and frameworks, such as the private sector use of AI and data as well as consumer expectations and acceptable use of AI, in addition to ethical considerations in regards to investment decisions.

The council will also lend assistance to the Singapore government in developing ethics standards and reference governance frameworks and publish advisory guidelines, practical guides, and codes of practice for the voluntary adoption by the industry.

Supported by a secretariat, the council will be able to tap on technical, legal, ethics and international experts from different fields and representatives for consumers and civil society to guide its work.