Where are venture capitalists investing in Southeast Asia? 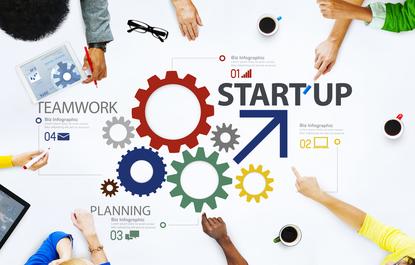 Back in 2015, Singapore was home to around 48,000 start-ups. In October last year, the Philippines raised its first Unicorn and in February this year, three Indonesian start-ups were valued at over $1 billion.

However, for a bloc of countries with a larger economy than India, it’s of little surprise that so many entrepreneurs are seeing the value the region has to offer.

Five of the largest countries that make up the Association of Southeast Asian Nations have populations that are overwhelmingly made up of millennials.

This means that alongside economic benefits associated with having a relatively young population, South East Asia is also increasingly ahead of the curve when it comes to consumer trends and emerging markets.

Venture capitalist firms have been around for over a century; an American idea that meant companies no longer had to just rely on the country’s wealthiest families to get their businesses off the ground.

Since the 1960’s, the growth of venture capitalist firms has continued to increase steadily both in and outside of the United States; with a reported $164.4 billion invested globally into start-ups throughout 2017.

So, what does all this mean for Southeast Asia? According to the figures, the ASEAN start-up scene is in excellent health and VCs are starting to take note.

Alongside the Philippine’s newly minted Unicorn, the region boasts a further ten companies valued at over $1 billion that straddle a number of different verticals.

Furthermore, it’s not just start-ups that are increasingly basing themselves in this region.

The last few years have borne witness to a number of VC companies are choosing the bloc as a base, resulting in over $2.6 billion of venture capital being invested in Southeast Asia during 2017 – a 60 per cent increase on the previous year’s total.

What are the biggest venture capitalist firms in Southeast Asia investing in?

What challenges do VCs face in the ASEAN market?

While it’s clear that the current start-up landscape across Southeast Asia is in good shape, investing in the region isn’t without its challenges.

Despite the wealth and opportunities available within the group of ASEAN countries, one of the key challenges for venture capitalist firms looking to invest extensively throughout the region is just that – they’re interacting with 10 different countries, not one.

Each country in the bloc is culturally distinct and therefore, conducting business in these diverse markets requires a significant degree of knowledge about both the laws and cultural best practices that exist across the region.

In a continent that is also home to both China, Japan and India, the smaller nations like Laos, Brunei and Cambodia have always struggled when it comes to attracting attention away from private investors who are traditionally drawn to the long-established and globally renowned markets of their neighbours.

However, the relative youth of both the populations and markets that exist in the region means there are very few companies that are mature enough to be bought out.

Instead, the growing middle class that has been born from a burgeoning millennial population has turned ASEAN into a startup incubator, a landscape that significantly favours the deployment of venture capital, rather than private equity.

If the region continues to produce wealth growth and increase both internet speed and penetration, there’s no reason why it shouldn’t see more significant increases in VC investments over the coming years.

This article originally appeared on CIO-Asia.com