Smaller updates will make debut with the release of Windows 10 version 1809, due in September 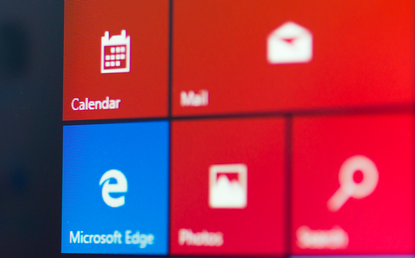 Microsoft last week said that it will pare the size of Windows 10's monthly updates once version 1809 reaches customers' PCs later this year.

"We'll be bringing a new design for quality updates to the next major versions of Windows 10 and Windows Server," wrote Maliha Qureshi, a Microsoft program manager, in an August 16 post to a company blog.

"This design creates a compact update package for easier and faster deployment."

The next "major" versions of Windows 10 and Windows Server will each be labeled 1809 in Microsoft's yymm format, which denotes their purported month of release. Ideally, the feature upgrade for both lines will debut next month, but Microsoft's cadence usually runs a month later.

For example, on the second Tuesday of the month, hence "Patch Tuesday," Microsoft releases security updates to patch vulnerabilities.

Also included under the umbrella term are updates that Microsoft has designated as B, C and D, an alphabet that has confused many IT administrators.

Beginning with Windows 10 1809 (and Windows Server 1809), only one size of quality update will ship; that update will be considerably smaller than what Microsoft now calls the full update, which sometimes uses the moniker of latest cumulative update, or LCU.

The quality updates will also be slightly larger than what Microsoft refers to as its express updates, the much smaller packages that have ranged in size from 150MB to 200MB.

But Qureshi's announcement of last week reduces that three to just one for Windows 10 and Windows Server 1809 and later.

"Starting with the next major version of Windows 10 and Windows Server ... there will be only one quality update type and it will be smaller in size, redistributable, and simpler to manage," Qureshi said.

They will also be posted to the Microsoft Update Catalog in standalone installer format (.msu).

Depending on how a personal computer, server or other Windows device receives monthly updates, the savings in download or transmission time may be substantial. Not surprisingly, Microsoft's Qureshi touted those, and other, savings.

She said enterprises that now download and store express updates for later distribution to managed PCs would "experience enormous savings in network bandwidth and cache size on their distribution points or update servers."

Update size has been a problem for both current and potential Windows 10 users, argued a patch expert. "If you have WSUS on the back end, those files have to be stored somewhere while the system rolls them out," said Susan Bradley in an email reply to Computerworld's questions.

"And if you are on a crappy ISP, lousy internet, lousy dialup, having a gig[abyte] or more of an update come down every month means that you blow your bandwidth, or in the case of mobile laptops, they don't get updated like they should."

Bradley is a computer network and security consultant who also moderates the PatchMangement.org mailing list, where IT administrators discuss update tradecraft.

Customers who left comments on Qureshi's blog post echoed the issues Bradley brought up. "This has been a major issue for many of my customers not to adopt Windows 10, as they have poor network connectivity and slow networks," wrote Anoni Moose.

Mike Benson of Microsoft replied to several of the commenters, including Moose.

"We believe this will be a lot better for many customers due to the reduced size, especially enterprise customers or small and medium business that have multiple branch offices," Benson asserted.