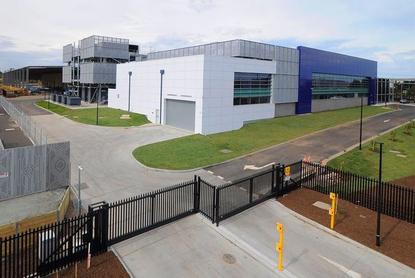 AirTrunk has completed an $850 million financing process to fund a "major expansion" of its Sydney and Melbourne data centres, as well as across Asia Pacific.

According to global law firm Norton Rose Fulbright Australia, the financing will be the largest by a data centre company in Australia to date.

“This financing positions AirTrunk well as it continues to pursue its ambition to be the leader in hyper-scale data centres for the region," Norton Rose Fulbright national head of corporate and M&A Shane Bilardi said.

"We saw a substantial amount of global interest in AirTrunk throughout the process, and are delighted to complete this financing arrangement with Deutsche Bank," AirTrunk founder and CEO Robin Khuda said.

"Together with the new capital recently contributed by our shareholders, the new funds put us in a strong position to meet the growing demand from large cloud, content and enterprise customers in the Asia Pacific region."

In 2017, AirTrunk opened its two Australian data centres, one in Sydney with a $400 million from investment bank Goldman Sachs and one in Melbourne launched in November.

The two facilities are set to be the largest independent data centres in the Asia Pacific region when completed at 90 megawatts and 84 megawatts respectively.

“AirTrunk continues to pursue its ambition to be the leader in hyper-scale data centres for the region,” Khuda added.

"The expansion in Australia will establish AirTrunk as the largest data centre operator in Australia by deployed capacity and we continue to pursue aggressive growth opportunities across the Asia-Pacific region."