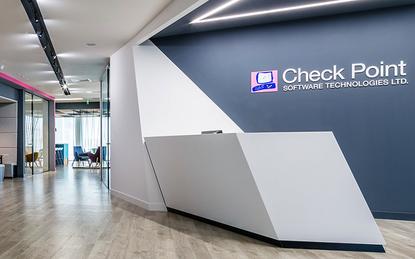 CEO Gil Shwed said an annual survey conducted by the network security vendor showed that most of its shareholders preferred a share buyback to a dividend, noting that with US$4 billion in cash the company could buy back shares and do acquisitions.

The Israel-based company also maintained its full-year outlook and forecast third-quarter revenue of US$454 million-US$474 million and earnings per share excluding one-time items of US$1.30-US$1.40.

That was in line with analysts' revenue estimate of US$464 million and adjusted EPS of US$1.35, according to Thomson Reuters.

Check Point's board authorised expanding its ongoing share repurchase plan by 30 per cent quarterly, up to US$325 million, and the overall program by 100 per cent to US$2 billion in total.

The company has repurchased US$7.3 billion worth of shares since 2003. The updated plan expands the existing plan from last August that provided for buying back up to US$1 billion and is expected to be completed in the third quarter of 2018.

"This is the right investment for shareholders," Shwed told reporters.

The company's shares were up 3.6 per cent at US$115 in early Nasdaq trade.

Check Point earned US$1.37 per diluted share excluding one-time items in the second quarter, up from US$1.26 a year earlier - revenue grew two per cent to US$468 million - it was forecast to earn US$1.30 a share on revenue of US$461.6 million, according to Thomson Reuters.

"We had growth in all our territories, especially in the U.S. and Europe," Shwed said.

The company has been moving more of its revenue to subscriptions, which now account for about 70 per cent of revenue, but these subscriptions boost deferred revenue at the expense of current revenue.

Despite beating expectations, Shwed said the company does not update its annual forecast quarterly and was therefore maintaining its outlook from last quarter, which predicts adjusted EPS of US$5.45-US$5.75 on revenue of US$1.85-US$1.93 billion.