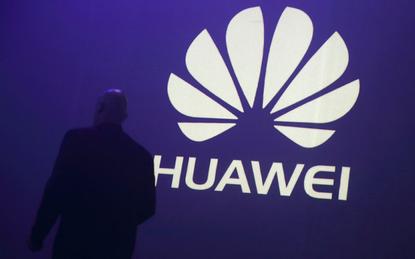 A smartphone patent fight between Huawei Technologies and Samsung could reach a global resolution through a ruling by a Chinese court, a development that reflects the growing attractiveness of China as a quick and effective forum for intellectual property disputes.

The size of the U.S. market and the strength of the country's independent judiciary have historically given its courts the final say in most big cross-border patent disputes.

The case is being closely watched because it has set up a clash between the two judicial systems, with a U.S. judge instructing Huawei not to enforce a ruling it won against Samsung in China, said Erick Robinson, a Beijing lawyer who previously was Qualcomm Inc's Asia patent director.

"This has never happened before, at least not on this scale," Robinson said in a recent interview.

Huawei filed lawsuits in both the United States and China in 2016, alleging Samsung used its cellular communications technology without authorisation and has unreasonably delayed entering into a licensing agreement. Samsung has denied the allegations and accused Huawei of seeking "grossly" inflated licensing fees.

In January, the Intermediate People's Court of Shenzhen, China, outpaced a federal court in San Francisco, ruling for Huawei and issuing an order blocking Samsung's Chinese affiliates from manufacturing and selling 4G LTE smartphones in China.

If the order goes into effect, Samsung would face great pressure to settle because it has large plants in China and has sold millions of phones there, said Robinson.

Richard Vary, a lawyer in London and former head of litigation for Nokia, said Chinese courts have risen from being the "fourth or fifth" jurisdiction a global company would consider for patent litigation.

"Now it is the second after the U.S. and has perhaps even moved up ahead of the U.S. so that now you consider it your key forum," Vary said.

The judge hearing the parallel U.S. case in April ordered Huawei not to enforce the Shenzhen court's ban because it would essentially force Samsung to accept Huawei's demands for licensing fees, "with impacts percolating around world."

But several legal experts said that may not be Huawei's call, since the Chinese courts can enforce the ban against Samsung directly. Robinson said the U.S. court may have even made such an outcome more likely, as its seemingly extraterritorial order could "anger the Chinese government."

Both the Shenzhen and San Francisco decisions are under appeal, so a direct conflict between the two judicial systems could still be averted.

China's courts are under Communist Party control, and Gaston Kroub, a patent lawyer in New York, said the lack of judicial independence is still the biggest obstacle to Chinese courts' broader acceptance.

He noted some could see bias in the Shenzhen court's decision for Huawei, which is headquartered in the city.

But a party committee directly under Chinese President Xi Jinping in November called for impartiality and predictability in patent cases to encourage innovation in the economy.

Speed is a big advantage of Chinese courts, which, unlike their U.S. counterparts, sharply limit the volume of documents parties can seek from each other.

“You get a really quick adjudication of claims and they do it in a really smart way," said David Pridham, CEO of Texas-based patent consultancy Dominion Harbor.

Kroub said Chinese courts are also more willing to issue harsh injunctions like the one the Shenzhen court handed down in the Huawei-Samsung case, whereas U.S. courts prefer to award damages. Such powerful relief could appeal to companies under certain circumstances, he said.

"I could cripple competitors by shutting down their manufacturing," said Kroub.

(Reporting by Jan Wolfe in Washington; Editing by Anthony Lin and Matthew Lewis)