The countries that saw the greatest growth in colocation services during the three months ending March were China, Hong Kong, Australia, Japan and Singapore 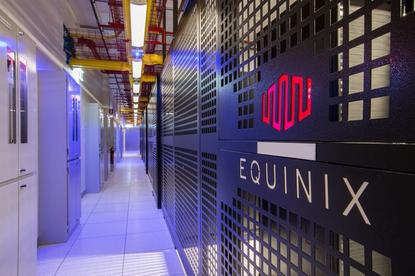 Australia and Singapore claim some of the highest colocation services growth rates in the world, according to the latest data by industry analyst firm Synergy Research Group.

The countries that saw the greatest growth in colocation services during the three months ending March were China, Hong Kong, Australia, Japan and Singapore. Indeed, the broader Asia Pacific region claiming greater growth than any other region during the quarter.

Synergy’s latest figures show that, including both wholesale and retail colocation, the global market continues to expand steadily across all regions, with Asia Pacific and Latin America having the highest growth rates overall.

In terms of revenue, Equinix, Digital Realty and NTT maintain a strong lead globally in the colocation market. In the Asia Pacific region, Japan’s NTT is leading colocation provider, while Equinix came third in the local region.

At the same time, Equinix topped the market in Latin America and Europe, the Middle East and Africa (EMEA), while Digital Realty led the pack in North America.

According to Synergy Research Group chief analyst and research director John Dinsdale, the latest figures come amid a broader industry trend that sees enterprises pushing more of their data centre operations into colocation facilities while also driving more workloads onto the public cloud, where cloud providers themselves make use of colocation facilities.

“When it comes to operating data centres and colocation services, scale and geographic reach are important,” he said.

Dinsdale added that for providers to achieve the scale required to stay on the front foot, there needs to be constant investment in existing data centres.

“In addition to which we’ve seen US$42 billion in data centre M&A [mergers and acquisitions] deals over the last 36 months, with Equinix or Digital Realty alone accounting for half of the total. There are good reasons why those two are the leading players in the colocation market,” he said.

The analyst firm’s latest figures suggested that the world’s biggest cloud vendors are ramping up their spending on new data centre assets as the battle for scale among the top players heats up.

Synergy said that the top five cloud infrastructure spenders consist of Google, Microsoft, Amazon Web Services, Apple and Facebook, although the relative ranking moves around each quarter. Together, these market leaders account for over 70 per cent of hyper-scale capex.