Never before have CEOs faced challenges on so many fronts 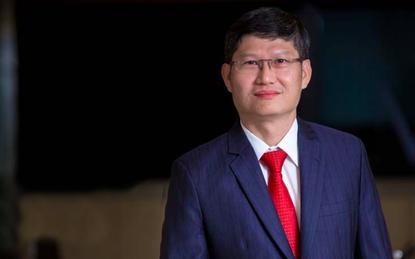 Chief executive officers (CEOs) in Singapore are optimistic about future growth prospects in the market, but remain grounded by the realities of digital transformation and increased cyber security threats.

According to KPMG findings - published via the Global CEO Outlook 2018 - in Singapore, 77 per cent of CEOs are confident about the global economy, with a further 92 per cent confident of company prospects.

In boardrooms across the country, 88 per cent of leaders also see disruption as an opportunity, but remain cautious of increased attacks within the cyber security space, cited by 42 per cent as the biggest threat to growth.

“Never before in the history of commerce have CEOs faced challenges on so many fronts – from economic malaise to geopolitics, digital disruption to cyber threats,” said Ong Pang Thye, managing partner at KPMG Singapore.

“Driving growth in an uncertain world will require constant innovation, investing in ecosystems as well as keeping an eye open for unexpected threats.”

As explained by Ong, local CEOs are embracing the digital agenda “like never before”, taking personal ownership for driving digital transformation strategies.

Consequently, and of note to the channel, Singapore-based CEOs are confident about their personal ability to lead business transformation (58 per cent), although less confident than CEOs (72 per cent) globally.

Yet, few Singapore CEOs (38 per cent) were confident that the existing leadership team was adequately equipped, with half believing that company boards had very demanding expectations of investment returns on digital transformation.

Such demands will no doubt be placed on the channel in the months ahead, as resellers, managed service providers and system integrators, alongside consultants, start-ups and independent software vendors, attempt to guide customers through the digital transformation process.

Proportionately more Singaporean (62 per cent) than global CEOs (30 per cent) struggled with concurrently transforming both the digital and non-digital aspects of their business.

Ong said only 50 per cent of Singaporean CEOs were confident of understanding expected returns from technology investments, in contrast to global CEOs (79 per cent).

“Singapore CEOs are under a lot of pressure to drive growth. Unlike their global peers who are more receptive to forming alliances, Singapore CEOs will face more challenges in driving organic growth by doing it alone,” Ong added.

Perhaps unsurprisingly, Ong said cyber threats return to being the most prominent risk CEOs worry about in Singapore.

“Half of all Singaporean CEOs believe that becoming a victim of a cyber attack is not a question of ‘if’ but ‘when’,” Ong explained. “Their confidence level of preparedness was generally lower than the confidence level felt by global (and ASEAN) CEOs.”

Also half of Singaporean CEOs stated that they were ‘well’ to ‘very well’ prepared for a future cyber attack and could contain any cyber attack on their strategic operations.

However, just 31 per cent of Singaporean CEOs were confident of identifying a cyber threat.

Rather surprisingly, the importance of having a strong cyber strategy was only cited by 38 per cent of Singapore CEOs, when compared to CEOs (55 per cent) globally.

“A strong cyber strategy is important for a company in building trust with key stakeholders,” Ong added.

“I’m surprised it is not considered more highly when our survey also reveals that ‘protecting customer data’ was ranked by 69 per cent of Singaporean CEOs as their most important responsibility to their customers.”

Despite advances in data analytics, Ong said 54 per cent of Singapore CEOs do not expect to increase the use of predictive models over the next three years, similar to the views of 49 per cent of CEOs globally.

Confidence in data analytics is lacking, cited by 46 per cent of Singapore CEOs.

However, as artificial intelligence advances, many (54 per cent) believe that it could improve the capabilities of their data analytics.

“Many CEOs (58 per cent) are also admitting that over the last three years, they have sometimes ignored the insights of their data analysis models, preferring to rely on their own experience or intuition,” Ong added. “This trend is pervasive, with 67 per cent of CEOs globally admitting the same.”

Data sources that CEOs trust for strategic decisions have also shifted, according to Ong, with 85 per cent trusting information from their own social networks (social media) over other sources.

Meanwhile, independent information providers (77 per cent) came in as second most trusted in Singapore, with traditional media trailing at 69 per cent, followed by open-data from government agencies (65 per cent), and government-commissioned research (50 per cent).

“While data analytics is hugely important, many struggle with data collection and making sense of these data to create insights and value,” Ong added. “With CEOs having to make big decisions, their experience and intuition is still valuable.”

With the Big Four now representing the most formidable competition for the channel, investing in ecosystems and a digital workforce for growth remains a top priority for local CEOS.

Globally and across ASEAN, driving growth through strategic alliances was the preferred option.

“Unlike their global peers, more Singaporean CEOs ranked organic growth above forming strategic alliances, and 42 per cent of them did not think organic growth would hinder prospects,” Ong explained.

However, where Singaporean CEOs are leading their global peers is in undertaking a number of actions relating to innovation and collaboration to drive growth.

Ong said three-quarters (73 per cent) intend to collaborate with innovative start-ups and 62 per cent will increase investment in disruption detection and innovation processes.

“Singaporean CEOs are largely consistent with their regional peers when looking at the importance of workforce capabilities to support growth,” Ong added. “Six in 10 (58 per cent) see cyber security as important.”

“Singaporean CEOs lead their peers in driving innovation and collaboration, yet many prefer organic growth,” Ong added. “They believe in digital transformation, but struggle with confidence in predictive analytics, feeling confident in their cyber security or managing its impact. No matter what the growth strategy is, staying agile will be important.”