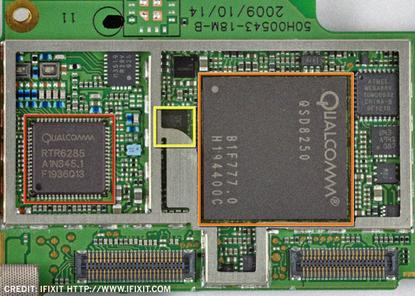 Samsung Electronics is in talks with several smartphone makers including China's ZTE to supply mobile processor chips, a senior executive said, a move that will bring it in more direct competition with larger rival Qualcomm.

The South Korean tech giant generates the bulk of its profit from its basic memory chips and has been beefing up development of logic chips such as mobile processors, image sensors and automotive chips to diversify.

Its flagship Exynos mobile chips power Samsung's Galaxy line of smartphones, but the chipset has only one external smartphone client - China's Meizu Technology.

Kang, a former Qualcomm executive, said he expects to announce a new client for its Exynos chipsets in the first half of 2019.

Its search for new clients for the Exynos chips comes as the United States banned its companies from selling components to China's ZTE for seven years after it violated the terms of a settlement deal for illegally shipping goods made with US parts to Iran and North Korea.

That has created urgency for ZTE to diversify its suppliers, analysts said, although attempts to resolve the issue have picked up some pace after US President Donald Trump pledged on Sunday to help ZTE "get back into business, fast".

Samsung later said in a statement that there is no certainty a deal will be reached with ZTE, and its policy is to treat all vendors equally.

Its efforts like that will put further pressure on the industry leader Qualcomm, which said last month it expects the loss of business with ZTE to lower its profits by three cents per share next quarter.

Samsung is ranked far behind competitors Qualcomm and Apple in mobile processing chips, but the use of Exynos chips by its own smartphone business helped it become the fastest growing player in the segment, according to research firm Counterpoint.

Qualcomm also faces competition from Chinese companies such as Huawei Technologies, which uses its own processing chips called HiSilicon in its flagship smartphones.

He said Samsung is in discussion with multiple automobile companies to develop chips for autonomous driving, declining to name the car makers. It said in January that it is providing automaker Audi with Exynos processor chips.

TSMC is the world's top contract chip manufacturer, followed by the likes of US-based Global Foundries, Taiwan-based UMC and Samsung.

Out of this semiconductor business, memory chips contributed about 96 per cent of the profits as it rode a "boom" cycle, while System LSI and foundry took up the rest with about 1.44 trillion won in 2017 operating profits, according to data from Mirae Asset Daewoo Securities.

Kang said his business is expected to see a 5-10 per cent revenue growth this year in dollar terms. He declined to provide last year's growth rate.