Investors worry party is ending as US tech stocks wobble 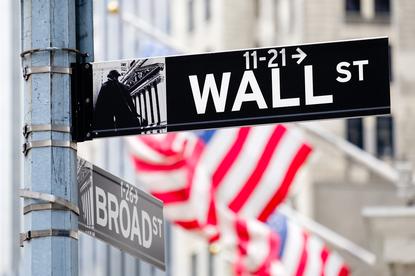 A deep sell-off across technology companies on Monday on U.S. stock markets left some investors worrying how much longer those high-flying stocks' market leadership would last.

Wall Street has ridden the tech sector to record highs in recent months, betting on further outsized returns from stocks like Apple, Facebook and Alphabet. The sell-off, which bled into the wider market, was sparked by social network Facebook's regulatory troubles, but that was not alone in rattling investors.

A potential slowdown in acquisitions, threats of disruption in Apple's supply chain and worries about broader government oversight were also behind selling in technology shares, many of which have been trading at historically high earnings multiples.

"If (tech stocks) start to decay, then it may leave investors wondering what's left to become the new leader to resume the bulls' advance," said Mark Luschini, chief investment strategist at Janney Montgomery Scott in Philadelphia.

Facebook fell 6.6 per cent and was on track for its worst session since 2014 after European and U.S. lawmakers called for investigations into reports that a consultancy that worked on President Donald Trump's campaign gained access to data on 50 million Facebook users.

Jennifer Sireklove, director of responsible investing at Seattle-based Parametric, a money manager with US$200 billion in assets, said that an increasing number of ethics-focused investors were avoiding Facebook and other social media companies, even before the most recent reports about privacy breaches.

Parametric held a call with clients on Friday to discuss concerns about investing in social media companies overall, including Google.

Along with Facebook, technology heavyweights behind much of the recent stock market rally also fell, with Alphabet, Amazon.com, Netflix and Microsoft all tumbling two per cent or more.

“A lot of the high-growth tech stories from 2017 are starting to break down," said Joel Kulina, a trader at Wedbush. “Semis are clearly now at risk of trade wars. M&A was a big supporter of the group, and that story is crumbling.”

"If you regulate Facebook, what's to say that wouldn't have a domino effect? Google, maybe Uber?," said Jake Dollarhide, CEO of Longbow Asset Management in Tulsa, Oklahoma. "People have thought right now the tech growth rate has no boundaries, no ceiling. Today people are beginning to question that."

Outsized returns delivered by the largest technology stocks have made them heroes on Wall Street, but some strategists have warned that investors' reliance on them exacerbates the risk of a steep downturn.

The S&P 500 information technology index recently traded at a relatively expensive 18.8 times expected earnings, 12 per cent above its 15-year average, according to Thomson Reuters Datastream. The index has gained 31 per cent over the past 12 months.

“Most of the weakness is centred around tech,” Robert Phipps, director of Per Stirling Capital Management in Austin, Texas. “Tech has outperformed so dramatically this year. It hasn't backed off when other sectors have. So it needed some catalyst to adjust down some.”