Dell poised to open up about potential VMware merger plans 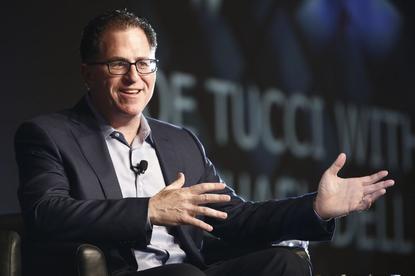 Dell Technologies and business software provider VMware have decided to explore options that could include a potential merger of the two companies, people familiar with the matter have said.

VMware is 80 per cent-owned by Dell.

Dell plans to announce as early as Friday (in the United States) that it will review a possible reverse merger with VMware, as well as other alternatives, including an initial public offering or asset divestitures, the sources said.

VMware plans to announce that it will form a special committee of board directors to consider a combination with Dell, the people added.

The sources asked not to be identified because the matter is confidential. Dell and VMWare did not immediately respond to requests for comment.

It emerged on 26 January that Dell Technologies was exploring a range of options that could see the world's largest privately held technology company grow further through acquisitions or go public, according to people familiar with the matter.

The Round Rock, Texas-based company, headed by founder Michael Dell, is under pressure to boost its profitability after its US$67 billion acquisition of EMC in 2016 failed to deliver the cost savings and performance it projected, while higher component costs and a challenging data storage market have eroded its margins.

Dell is reviewing a list of several possible acquisition targets that would boost its cash flow and expand its offerings, sources said.

Dell's review is at its very early stages and no deal is certain, according to the sources, who requested anonymity to discuss the deliberations.

Dell is also considering a sale or initial public offering (IPO) of its one of its fast-growing divisions, Pivotal Software Inc, the sources said. It may also consider a transaction with its majority-owned VMware Inc, a virtualization software maker.

VMware shares, which have gained more than 62 per cent in the past 12 months, touched an all-time high last week.