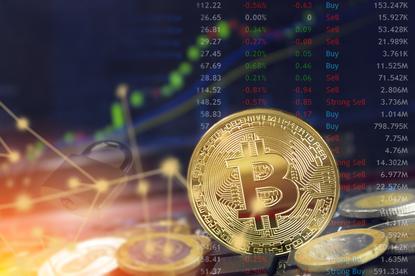 More than a quarter of enterprises are now evaluating or using blockchain in the global marketplace, paving the way for the channel to take advantage of early deployment plans.

Although fewer than three per cent have any production applications, 28 per cent of organisations are experimenting with the digital currency at present.

According to 451 Research, 20 per cent of businesses surveyed are using blockchain in a discovery or evaluation phase, while four per cent are currently running trials or pilots.

“Blockchain will do for transactions what the Internet has done for information,” 451 Research senior analyst Csilla Zsigri observed.

“It promises to disrupt business models and entire industries. It allows for increased trust and efficiency, and is pushing us to challenge how we define and exchange value and reward participation.”

“With a scarcity of skills in blockchain technology and potential applications, there is a tremendous opportunity for third-party expertise that can help define and support proof of concepts and initial deployments,” Zsigri added.

More generally speaking, Zsigri acknowledged that the market is currently “rife” with blockchain-washing, with “little understanding” about how enterprises can deploy blockchain profitably while navigating a market with thousands of vendors and hundreds of consortia vying for mindshare.

Currently, analysts believe blockchain has the potential to be the active ingredient for establishing universal trust amongst parties through clever code and peer consensus.

“In the enterprise sector, where smart contracts will dictate terms and cloud-tasking using multiple providers is the norm, there will be a need for transparency and an immutable system of record,” Zsigri added.

“At the edge, IoT devices could take advantage of blockchain for authentication and to store and share interactions and data.”