It's not often that we get to peek behind the aluminum and glass curtain around Apple Park, but besides occasions like the annual Worldwide Developers Conference and the handful of press events, we're assured that four times a year CEO Tim Cook and CFO Luca Maestri will sit down to talk about the company's most recent financial quarter and even field some questions from industry analysts.

And, if we're lucky, there's an opportunity to get a few breadcrumbs about what the Apple brass are thinking about. Sometimes, admittedly, it takes a little bit of reading between the lines—these people are extremely disciplined when it comes to secrets. But there are still tidbits to be gleaned from what's coming down the pike, even if Tim Cook doesn't want to show you the company's roadmap.

Hearing Cook talk during last week's call, I noted a few places where Apple's chief executive seemed to have a particular interest—and looking at what Apple's done or reportedly plans to do in those areas, it's not hard to see why.

Yes, it happened—the dread m-word popped up on an Apple financial call: metaverse. Morgan Stanley analyst Katie Huberty asked how Cook was considering the metaverse opportunity and Apple's role in that market.

Cook's answer was, of course, tactful as ever. The CEO committed to nothing, but pointed out that there's a lot of interest in this space, and that the company is investing accordingly. But, of course, the biggest hint came when he mentioned that Apple has over 14,000 ARKit apps in the App Store.

ARKit is Apple's augmented reality framework—the software that underlies all those often tedious demos at Apple events where people holding iPhones and iPads gesticulate at objects that aren't really there.

But the reason this is important is that it's a reminder that Apple has spent a whole lot of time and energy on building software to make it easy for developers to implement augmented reality. Even if that vision is currently limited to the phone and tablet spaces, the company would not be devoting this much attention to something that's locked into just those devices, because they're not the best way to experience that kind of content any more than a video iPod was the best way to watch TV. 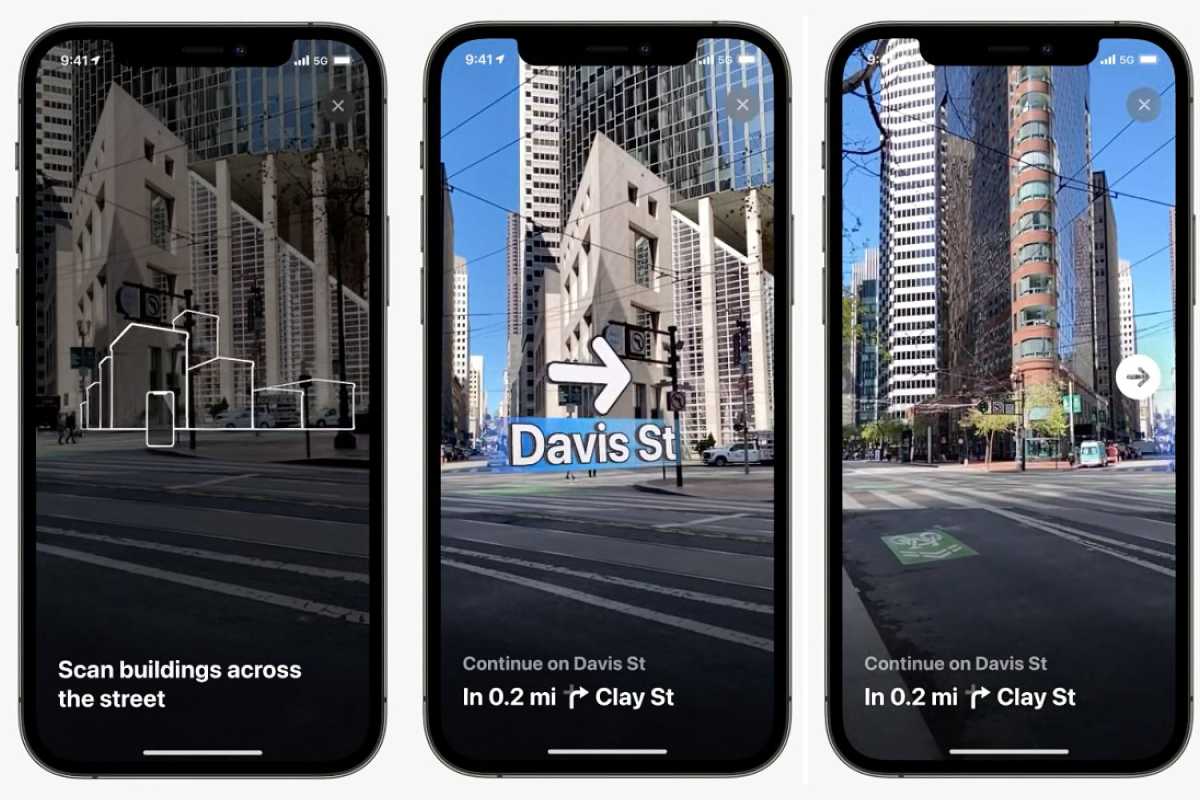 While other companies are banking on a new reality called the metaverse, Apple is helping people in this current reality. Image: Apple

I don't expect Apple to start dropping metaverse into its ad campaigns, but they're also not oblivious: you don't watch one of your largest competitors change its name to be all about the virtual future and not plan for it to be part of yours as well. Apple may not call its version of connecting people in a virtual space the metaverse, but Tim Cook's long history of talking up augmented reality along with reports that communication and media are a big part of the company's rumored headset push says that something big is coming.

If there's an area that Tim Cook seems to have a personal investment in, it's health. The Apple CEO has long been bullish on the Apple Watch, which seems to be the Apple product nearest and dearest to his heart (or, at least, his heart rate). So when analyst Harsh Kumar asked about Apple's vision of healthcare in the future, it's no surprise that Cook talked up the life-saving examples of the Apple Watch (recently also the subject of a big Apple Watch ad campaign).

But I don't think Cook is content to stop with the Apple Watch. In response, he said that his sense has always been that there's more here…but we can continue to kind of pull the string and see where it takes us. 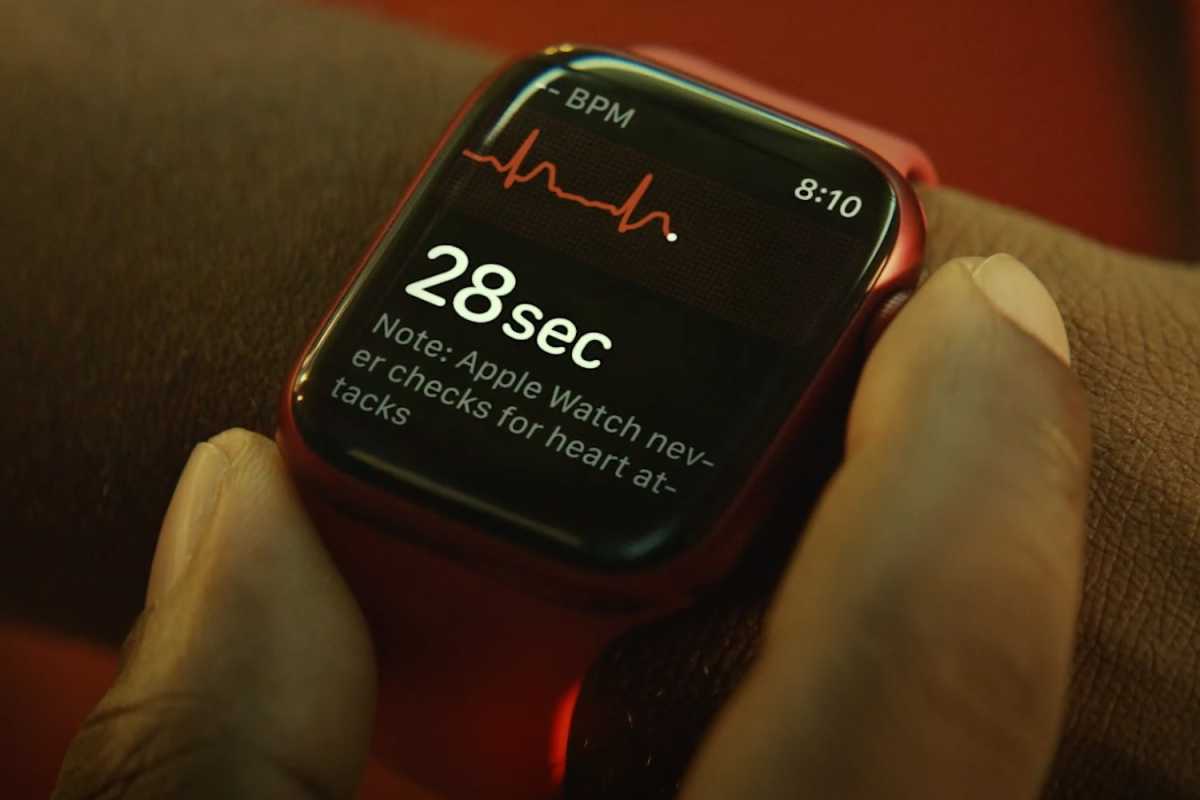 Pulling the string is one of Cook's favorite metaphors, which he's deployed to talk about TV in the run-up to the likes of tvOS and Apple TV+, and it certainly suggests that the company is continuing to put its money where its mouth is. There have been reports that Apple is investigating additional health sensors for the Apple Watch, such as those for tracking blood pressure and blood sugar levels. Those are tough nuts to crack for a non-invasive wearable, but they're also health details that many people need to keep a close eye on. Apple's also reportedly been looking into adding sensors to its AirPods line, though it's unclear exactly what information they might be for.

Either way, the focus on health is one that has real tangible, concrete examples of Apple doing good for its users, and I think that is, in and of itself, extremely attractive to Cook—not to mention Apple's marketing team.

Of course, the biggest question for Apple is always which projects it decides to work on. When asked about how the company picks its opportunities, Cook said that it likes to focus on areas that are sort of at the intersection of hardware, software, and services. Because we think that that's where the magic really happens and it brings out the best in Apple.

Nothing shocking about that: look at the Apple Watch, watchOS, and Apple Fitness+ for a key example. Or Apple TV, tvOS, and Apple TV+. See a pattern here? That's a holy trifecta for the company: you buy the hardware, which subsidises the software development, and then pay a subscription fee for the service on top. It's one way to keep Apple users in the ecosystem, not to mention constantly coming back for more.

So what might Apple have up its sleeve that hits that sweet spot? Look no further than the above areas. I suspect we haven't seen the last health-focused Apple service; Fitness+ seems like just the beginning when health data could be integrated in so many other places in users' lives: doctors' offices, hospitals, and so on.

And though the most interesting part of Apple's involvement in the metaverse might be its hardware and software, I can't help but think that the company will want a service to go along with those. Perhaps add-ons to Apple TV+, Apple Arcade, and Apple Music to bring a true virtual and/or augmented experience into the mix. Buying an Apple headset may do the company some favors, but these days that's small change compared to a recurring customer.

SMEs Need Their Managed Services Partners More than Ever: N-able