When Apple released the M1 chip at the end of last year, two things were clear: Macs were a whole lot faster and the future was incredibly bright.

What we didn't know was how Apple would handle updates now that the entry-level models were as fast as some of the Pro machines. At the time, Apple said it was developing a family of chips that would be unveiled as the transition continued over the next couple of years, so we're anxiously awaiting the next step.

The first update to the M1 chip is likely to arrive within the next couple of months. Apple has already updated its entire lineup of consumer-level Macs with the M1 chip in the MacBook Air, 13-inch MacBook Pro, Mac mini, and 24-inch iMac, and rumours are piling up about the next round of Apple silicon-based Macs.

According to the latest speculation, Apple will be following a similar cadence to the A-series chips in the iPhone and iPad but with way more power between generations. Here's what we know so far.

That makes a total of 8 cores split evenly among power and efficiency leading to tremendous speed boosts over the prior models. The system-on-a-chip also has an 8-core GPU in most models (the entry-level MacBook Air and 24-inch iMac have a 7-core GPU) with 128 execution units and up to 24576 concurrent threads. 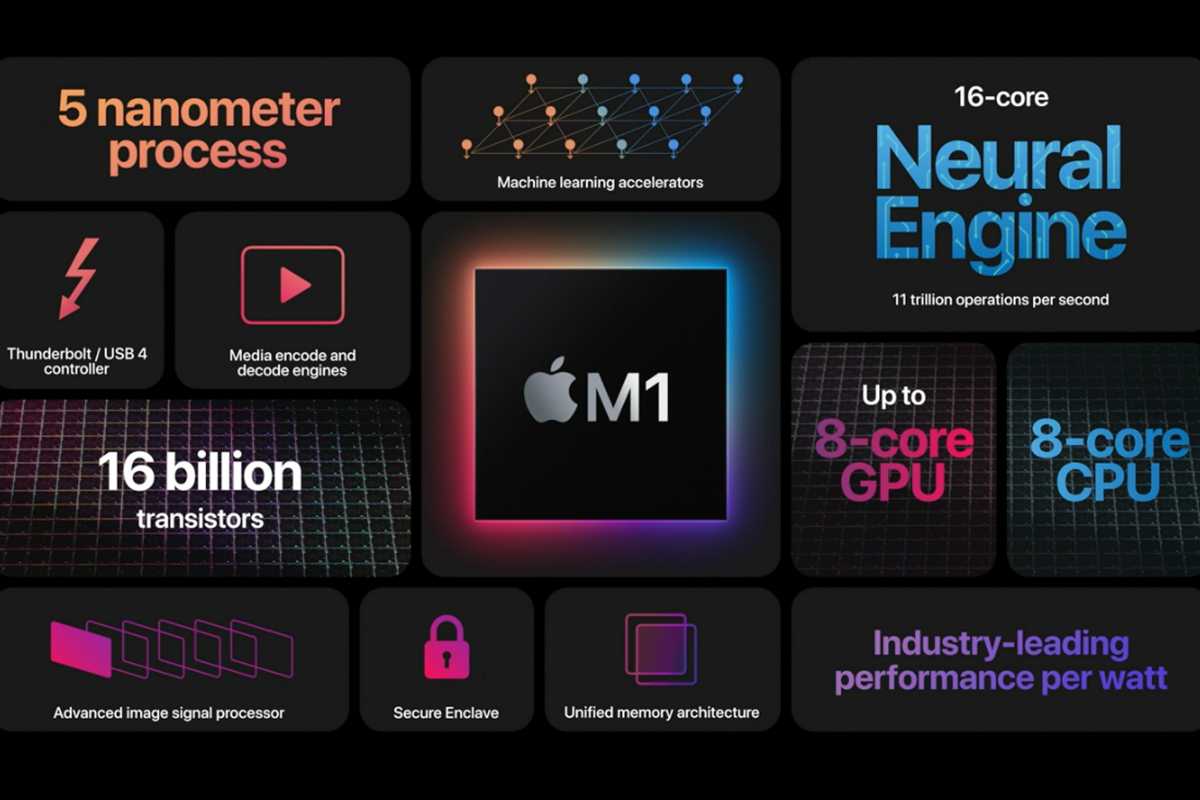 Memory has also changed. With the M1, the LP-DDR4 memory isn't just soldered to the motherboard, it's actually part of the chip itself.

That means it's faster and more efficient than before, but it's also a bit more limited—you can only get 8GB or 16GB in an M1 Mac and there's no way to upgrade it after purchase. That won't be a surprise for MacBook buyers but the same applies to desktop models. And finally, the chip has a 16-core Neural Engine, along with the Secure Enclave and USB4/Thunderbolt support.

We started hearing about the development of an M1X chip earlier this year, and it looks to be making an appearance in the redesigned 14-inch and 16-inch MacBook Pro later this year. Much like the A12X in the 2018 iPad Pro, it will be built on the same architecture as the existing M1 processor but bring faster all-around performance. 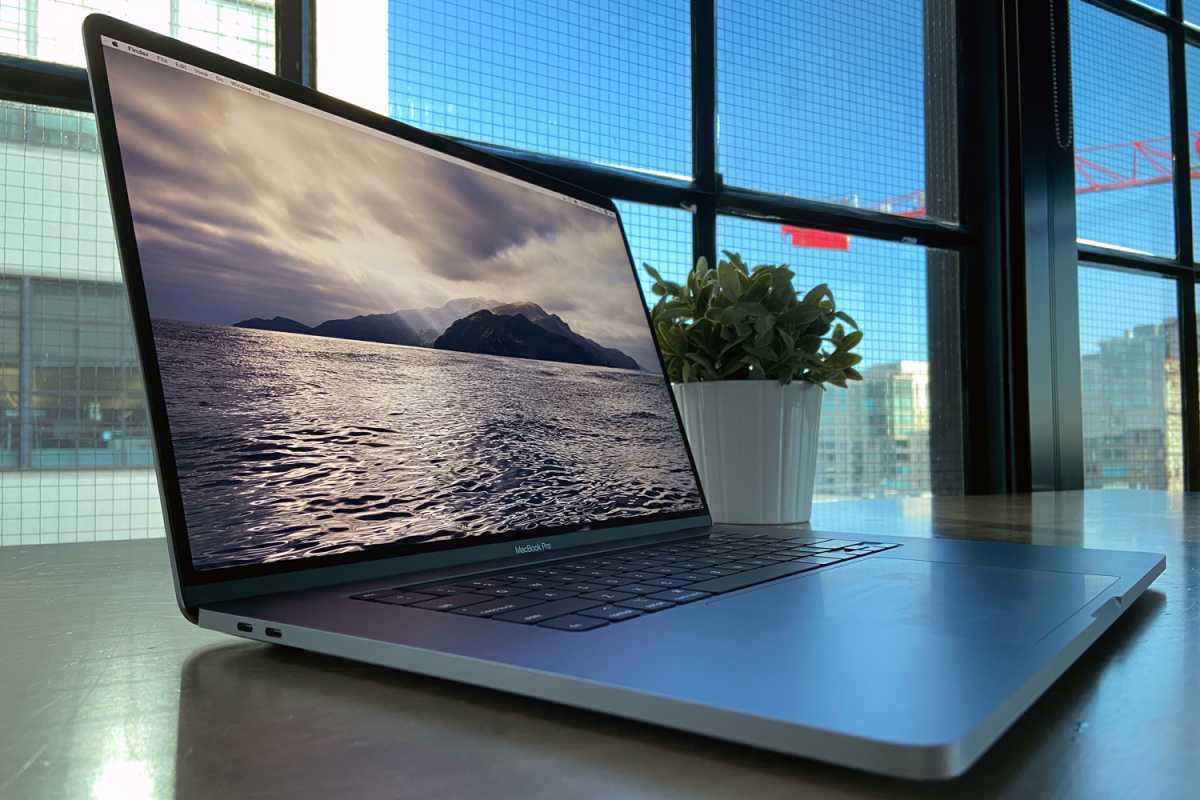 According to CPU Monkey, which claims to have received benchmarks of the upcoming chip, the M1X could have a 12-core CPU with 10 high-performance cores and two high-efficiency cores, and a 16-core GPU with 256 execution units and a shared 32GB L2 cache and up to 64GB of LPDDR4X.

Those specs would give Apple's higher-end M1X Macs a nice performance boost over the current crop of M1 machines. It's also rumoured that they will bring support for four Thunderbolt/USB 4 ports.

Apple's M2 chip will likely arrive in the next MacBook Air, which looks to get a complete redesign with new colors to match the 24-inch iMac. According to Bloomberg, Apple's next-generation processor will include the same number of computing cores as the M1 but run faster.

That's similar to how Apple approaches A-series upgrades, which has had six cores since the A11 processor despite vastly improved performance. As far as the GPU goes, Bloomberg reports that the cores will increase from seven or eight to nine or 10. 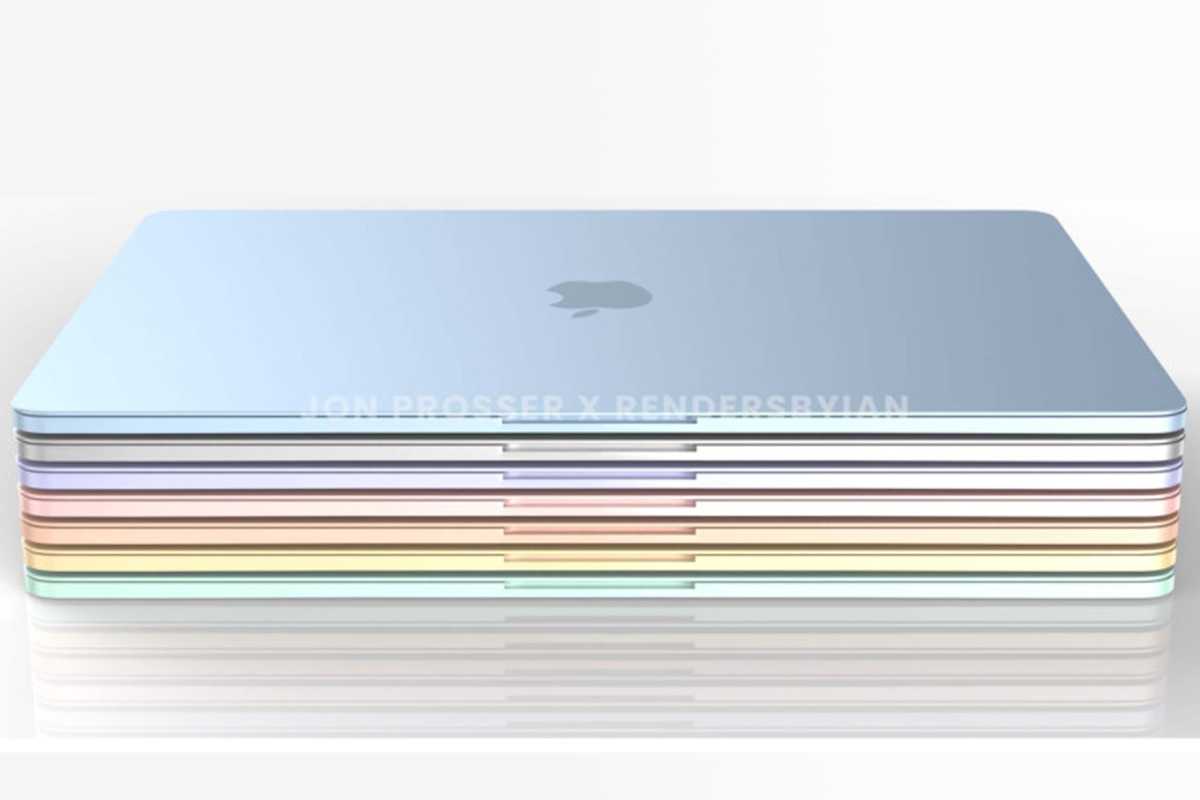 The colourful redesign of the MacBook Air could be the first M2 machine.

We don't know yet how speeds compare, but based on previous chips, we can expect the M2 processor to actually be a bit slower than the M1X chip. The same limitations on USB4/Thunderbolt and RAM will likely remain as well since Apple is establishing non-X chips as consumer products for users who aren't as demanding.

According to reports, Apple is planning an even higher-end chip for the Mac Pro, which could come in 20 or 40 computing core variations, made up of 16 high-performance or 32 high-performance cores and four or eight high-efficiency cores, according to Bloomberg.

The workstation-caliber chip is also rumoured to have 64 core or 128 core options for graphics, which would replace the AMD GPUs in current models. Those specs are comparable to what Intel and AMD offer in their top-of-the-line chips and would challenge the fastest PCs, at least on paper. 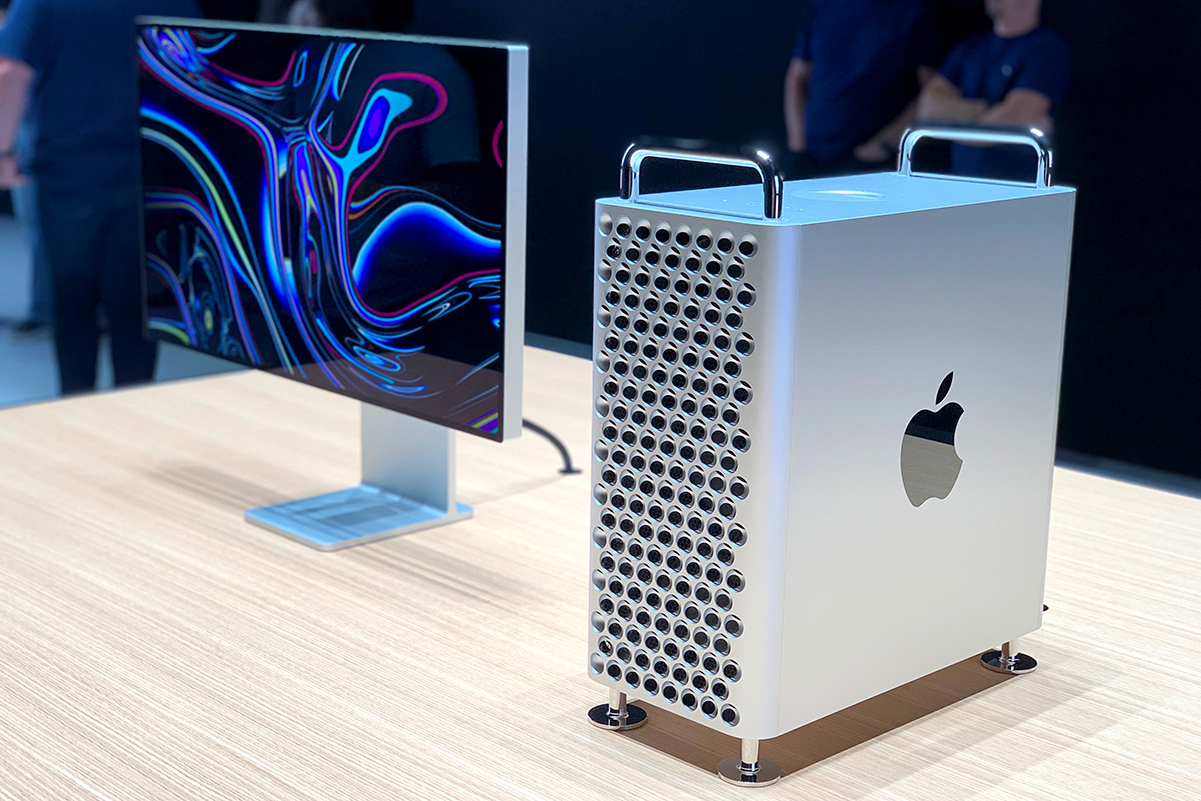 Apple is reportedly developing a new Mac Pro with an incredibly powerful custom chip inside.

Since the Mac Pro processor would represent such a big jump from even the rumoured chips, it will likely be separated from the pack with a whole new naming system. Apple has previously used the Z identifier on chips to indicate improved graphics performance.

It's also possible that Apple pairs two M1X chips inside the Mac Pro to boost performance, a tactic it last used with the Power Mac G4 back in 2001. But however Apple plans to go about it, expect the new Mac Pro to bring tremendous speed that blows away today's model and caters to ultra-high computing demands. This chip and machine won't be for mere mortals, but thankfully Apple has plenty in the works that are.