Silver and black had a good 13-plus-year run, but on Tuesday, Apple put an end to it and started a colourful new chapter for its all-in-one Mac, the iMac.

The colours aren't all that's new; the iMac features Apple's new M1 system on a chip, new sizes, and a lot more. Here are the top five features of Apple's new all-in-one:

1 - New design with a rainbow of colours

The iMac is now available in blue, green, orange, pink, purple, and silver with matching a Magic Mouse and Magic Trackpad. (Maybe you can even match with the coloured iPad Air if you bought one recently.)

The new iMac has an elegant, minimal look compared to its predecessor. The bezels around the display are much smaller than on the previous iMac, but it still has a chin, below the display that houses the iMac's internals (though it's much thinner).

The chin doesn't have the Apple logo on the front. Instead, it's on the back, where you'll also find two Thunderbolt ports and two USB-C ports. The tapered design is gone, and the new iMac is now 11.5 millimetres thick. 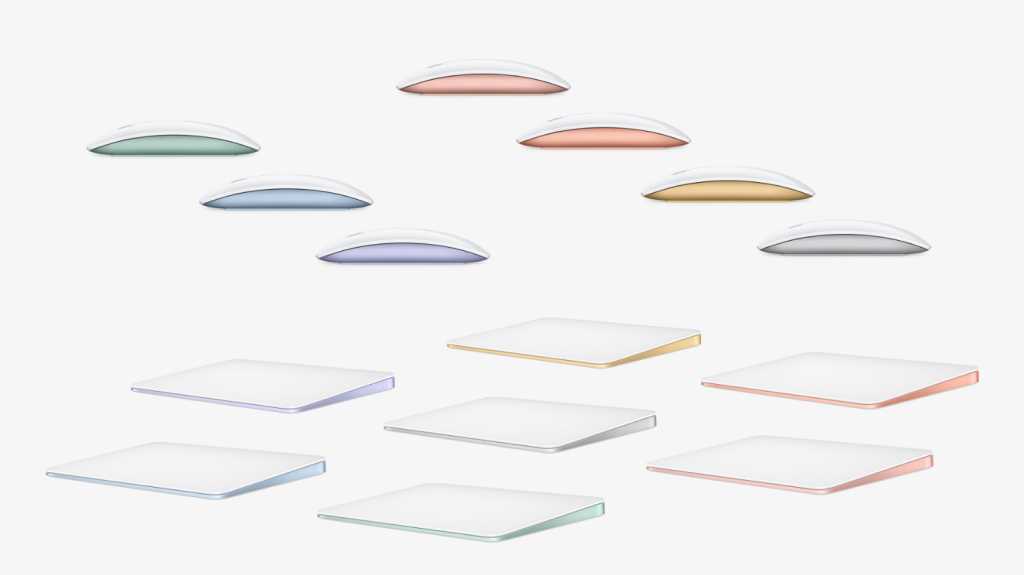 The iMac is the latest Mac with Apple's own system on chip, following the Mac mini, 13-inch MacBook Pro, and MacBook Air. The iMac has the same M1 chip Apple released last year. Here is a quick look at the specifications:

The new iMac is available in one size with a 24-inch 4.5K Retina display—right in between the 21-inch and 27-inch Intel Macs—which has 11.3 million pixels and support for the P3 wide colour gamut, over a billion colours, 500 nits of brightness, and True Tone. Apple treats the display with an anti-reflective coating to help with readability. 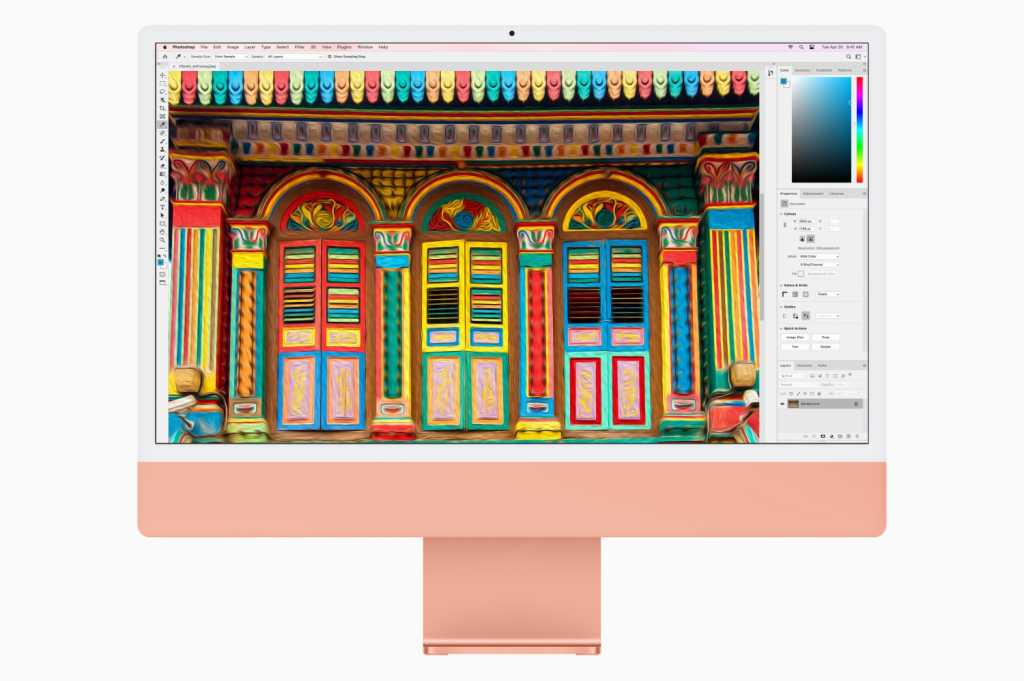 It's been on Apple's MacBooks, and now Touch ID makes its debut in a desktop Mac. The iMac comes with a new wireless Magic Keyboard with a Touch ID button in the upper right corner.

Touch ID is standard in the $1,499 and $1,699 models with an 8-core GPU, but if you want it in the $1,299 iMac with a 7-core GPU, you'll have to add it as an option and pay extra. Apple hasn't said how much the new keyboard costs and it doesn't seem to be available separately.

5 - Made for video conferencing

Apple finally upgraded the FaceTime camera when it updated the 27-inch iMac last year, but it didn't change the 720p camera in the 21.5-inch model. The new iMac, fortunately, has the 1080p FaceTime camera, and if it's anything like the one in the 27-inch model, it's a good one, with great picture quality, better handling of light, and good colour consistency.

Along with the camera, Apple also includes a three-microphone array that are in places on the iMac so you don't get feedback from the computer. The mics are support directional beam-forming to help filter out background noise while you are talking.

Apple calls the speakers in the iMac the best sound system ever in a Mac. It has six speakers, two pairs office-cancelling woofers and two high-performance tweeters. Apple also uses advanced algorithms to support spatial audio.