I've been a Mac user for about 30 years. And hard as it is for me to believe, the vast majority of that time has been spent with the modern macOS (or OS X, or Mac OS X, if we're getting historical).

In an industry that tends to move as fast as technology, a consumer product remaining relevant over two decades—never mind the seventeen years the Classic Mac OS existed before it—is pretty rare.

Despite much consternation in the years since the introduction of the iPhone and the iPad, the Mac has still not been put out to pasture, forsaken in favour of its shinier new siblings.

If anything, Apple's longest running product line has gotten a new lease on life with the advent of Macs built on custom Apple silicon—at long last, truly turning the product into what it was always meant to be: a personal computer built, stem to stern, by Apple itself.

But even if Apple has assuaged most of its concerns about the future of Mac hardware, the platform's most dedicated users have often found themselves wondering what exactly the future holds for their favourite operating system as it embarks upon its third decade.

You don't even have to squint to see that Apple's latest macOS update, Big Sur, is a harbinger of some of what's to come.

Yes, there are plenty of valid criticisms of the user interface changes that have been rolled out—the difficulty of identifying inactive menu items, the transparent menu bar's incompatibility with certain backgrounds, text that overruns the new dialog box shape—but if the past is any indication, many of the most frustrating will get ironed out in time, while others users will simply acclimate to.

The balancing act of a release like Big Sur is keeping in touch with the operating system's roots while pushing it forward in order to keep it relevant amongst the technological evolution going on around it.

The former is clearly evident: drop a time-traveling classic Mac OS user down in front of a modern Mac and they'd probably mostly figure out how to get around. In terms of the latter, for Apple, keeping up with evolution has increasingly meant keeping pace with its mobile operating systems.

For many years, Mac users' biggest fear is that the OS would somehow be subsumed into or unified with the more popular iOS. Fourteen years into the iPhone's existence, that fear has largely proved unfounded, though the two platforms are certainly in ever deeper conversation with one another.

The addition of technologies like Mac Catalyst and native iOS apps on macOS have drawn them even closer in some cases, but there is still an ineffable Mac-ness to the platform, despite those incursions. Which bodes well, because if the Mac isn't adapting to what's going on, then it's time to worry about it dying.

The adaptation of macOS over the last two decades shouldn't be undersold: keep in mind, this is a platform that is now on its third processor architecture. In 2001, when Mac OS X debuted, the Mac was still running on PowerPC chips, with the Intel transition half a decade away. It's survived—even flourished—since then, proving that the Mac is more than just the sum of its parts. 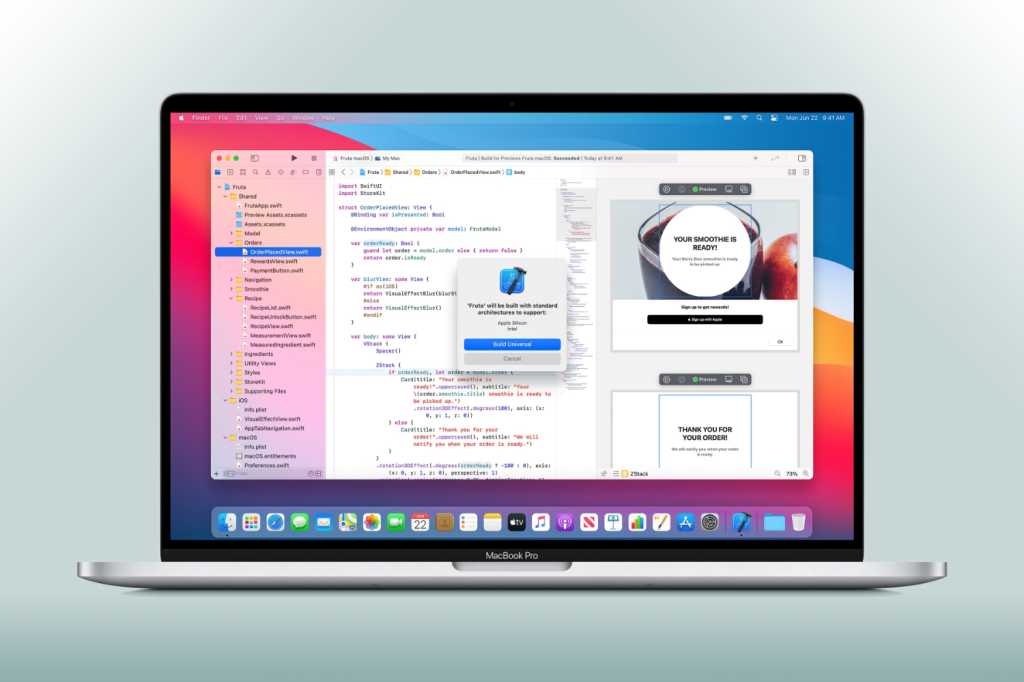 If there's one thing that assures macOS's place in Apple's platforms for the foreseeable future, it's that it remains the keystone of the company's entire ecosystem. To wit, there's still no other way to develop apps for iOS, iPadOS, tvOS, the Apple Watch, or, yes, the Mac, on a device running anything other than macOS. Which means the software for pretty much all of Apple's products is still built on a Mac.

As in Steve Jobs's famous metaphor, this speaks to the Mac's role as the truck to the iPad's car. Trucks may never be as omnipresent as cars, but there remain tasks for which they're innately suited.

It remains to be seen if Apple will extend development capabilities to the most likely target, the iPad, or allow something as complex as access to the underlying terminal. But as long as the current situation remains unchanged, macOS won't be going anywhere in a hurry.

The macOS of tomorrow

With macOS's place assured for at least the foreseeable future, the big question of the next two decades is what exactly the platform evolves into. The hope is that its pace of development maintains parity with the company's other, more popular platforms, though thus far, that has remained an uneven proposition.

While many of the apps on Apple's platforms have gotten closer and closer, there remain some Mac apps that feel weak compared to their mobile counterparts. Messages is a key one that comes to mind.

But, at the same time, macOS remains a refuge for those who chafe at the restrictions from the more locked-down mobile platforms. That freedom alone is one good reason for Apple to keep the Mac around, especially as the company takes more and more fire about the way that it controls which software can be installed on its other devices and how.

The Mac may indeed keep going forever, as Apple executive Phil Schiller once notably opined, and though macOS may change, it remains the fundamental element that makes a Mac a Mac. Like the ship of Theseus, the elements that go inside a Mac may have changed—the hardware, the user interface, the design—over the last two decades, but the Mac remains itself throughout it all.